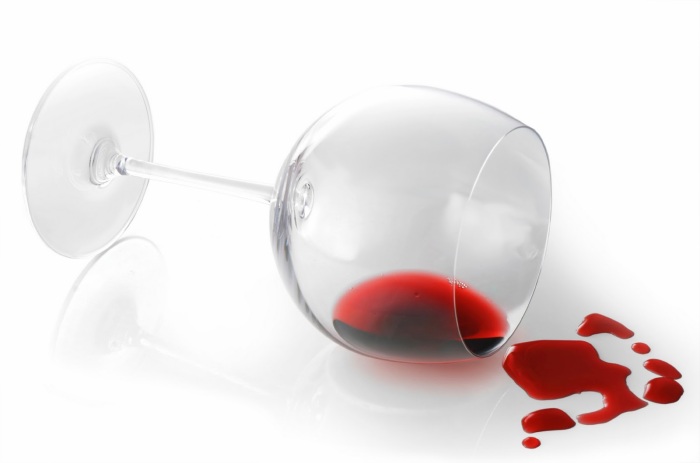 I’ll have you know, despite my tendency to use the word “fuck” and my inclinations toward beer as opposed to tea or sherry or whatever it is that fancy people are supposed to drink, I’m something of fan of fine dining.

I wouldn’t go so far as to call myself a “foodie,” but that’s mainly because I hate that word and feel that in its present state of overuse it’s come to mean anyone who puts edible items in or near their suckholes.

Nevertheless, I enjoy an elaborate evening of dining and whereas it seems to be fashionable these days to slam the sort of pretentious restaurants that might be so bold as to suggest that eating with them is an “experience,” this is in fact exactly the sort of thing I go for when I’m out for a nice meal.

I like to hear about the rotating cocktail menu, I like knowing where the produce on hand was grown, and yes, if you’ve got it handy, I will read the credit report of the cow whom I’m about to eat a chunk of between two buns, thanks.

So it was that when my wife and I lived in Little Italy sometime ago, we opted to patronize a restaurant that offered this sort of vaguely upscale hipster experience. I won’t name names, but I will say the year we dined there last was also the year we delighted in watching their head chef compete on and narrowly miss the finals for a season of Top Chef Canada.

It was a little pricey, but the food was great and we always enjoyed the sort of service that you’d come to expect from that level of dining–conversations about pairings, recommendations based on what we like, and just a general attention to detail.

So it was that when my mother and her partner came to the city, the choice of where to dine was obvious: we’d go to what had become our favourite restaurant.

The day we dined there though, it just wasn’t the same. Our server simply didn’t get into the details we had come to expect when  hearing about the menu, wine pairings weren’t offered, items were not presented with any explanation. I wasn’t upset, but merely disappointed. After all, we were trying to show off our favourite restaurant.

Politely, we asked if this was indeed the cream sauce we had asked to have removed. The server, to her credit, did say, “Oh yeah. I’m sorry.” My wife, bless her, then offered to “eat around” the cream, to which the server said “OK” and began to leave.

Instead, I requested, still politely I might add, that her dish be taken back and fixed or remade.

The dish was taken, and the three other entrees were left on our table while we waited for my wife’s food to return.

Now I want to make something clear here: The restaurant had still not lost my business. I know the above reads like a negative Yelp review, but I’m not a monster (like I assume people who write things on Yelp must be). I’m willing to accept that people have shitty days. I was a server and a bartender and I’ve been there. Some days you just can’t muster a fuck to give. I get it. I worked at Baton Rouge once. Rarely did I find a single fuck to give about the service I was offering rib-sucking Eaton Centre shoppers.

Anyway, the meal progressed and while the food was good, as usual, I was vaguely perturbed. I wasn’t so much angry as I was simply thinking “What’s up with this place today?” As my wife would say, I had my grumpy pants on a little bit.

At a certain point in the meal though, the owner came by our table to ask how everything was. This is  something we noted she makes an effort to do most days and one of the reasons we thought the place was a success. She seemed to genuinely care to hear what we had to say. So that day, when she asked how we were doing, my wife flashed me a “Please don’t” look, but still I said, again politely, “You know, we come here a lot and love it, but tonight the service was just a little off.”

And that’s pretty much all I said. I wasn’t a jerk about it, and, to my mind, I was providing valuable feedback to a business owner from a loyal customer.

The owner apologized and I felt better. I had said my piece and brought a slightly off night to the owner’s attention. No big deal and, had the interaction ended there, I would have returned.

Instead, she came back and lost my business.

Approximately 10 minutes later the owner returned to the table. She once again apologized and when I told her it wasn’t necessary, she said, “I know it’s not an excuse, but it was your server’s birthday last night and so she is a little worse for wear.”

At first I thought, “Huh. That’s a bit weird.” But the more I thought about it, the more my line of thinking turned to, “What the fuck? The owner of a fairly frigging expensive restaurant just made an excuse for her employee for being hungover?”

In short, I came to think it was bullshit, and so I opted never to return. Perhaps I’m being harsh, but this seemed really inappropriate to me–and more so, just dumb. The owner had already apologized for the less-than-stellar service we had received, I assured her it was fine, and she made a point to return to the table to let her customers know that she was aware her employee was under-performing as a result of being shit-faced last night.

It just seemed like a poor excuse, bad judgement to bring it to my attention and, moreover, wholly unfit for a place where we then paid almost $400 for our meal (no item provided gratis, either–not that I expected it but that seems to be a pretty standard way to apologize for poor service) and so, with so many other dining options available to me, I simply decided not to give this one my money anymore.

Having told this story recently and sparked a debate, I thought it might warrant a more public forum for the sake of further conversation. Namely, this instance illustrates my contention that, with so many amazing dining options in the city and with such a plethora of great service staff willing to give the “experience” most people expect when they pay so much for a meal, it’s not unreasonable to dismiss a restaurant for such a slight. Some may contend I was too harsh and everyone deserves a second chance.

What do you think?

(For the record, our Little Italy dining establishment of choice has since become Acadia, an establishment that provides phenomenal food, impeccable service and a brilliant attention to allergy issues and dietary restrictions)

3 thoughts on “How to lose my business at your restaurant”