“If I have to answer another fucking email from people asking when we open.”

It’s early on a rainy Tuesday morning in Gravenhurst, Ontario and Sam Corbeil, Brewmaster at Sawdust City, is half-joking about what he admits is a pretty good problem to have: Future customers are eagerly anticipating the opening of his brewery and continue to contact him to find out when they can buy his wares. “I’ve already got two emails today and it’s not even noon,” he says, laughing.

Aside from fielding queries from curious fans of his beer, Corbeil is busy when I meet him on the corner of Muskoka Road South and Peter Street. He’s been hard at work helping oversee development of the soon to open–and by all accounts fairly ambitious–new brewery. 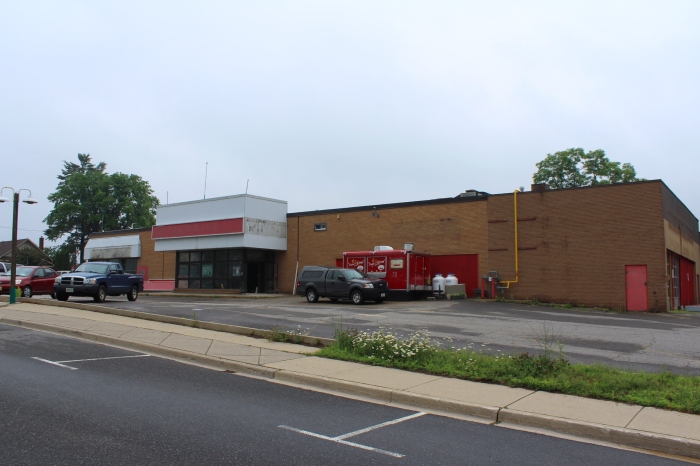 The former home of a Canadian Tire, Sawdust’s new digs are a sprawling 20,000 square feet that, in addition to a 25-hectolitre brewing facility, will feature a tasting bar, a retail space, a stage for live music, a cavernous two-storey fridge, a barrel room for aging specialty beers and, someday down the road, a restaurant and pub.

To put the finishing touches on the herculean task of putting it all together (work that’s been ongoing for roughly a year–since June 19, 2013) there’s a handful of trades milling about while I’m there, including a welder, an employee from Gravenhurst Home Hardware who’s just arrived with a truck full of lumber, and Caleb, a broom-pushing intern tasked with cleaning up the water and detritus from the brewhouse’s first good cleaning.

They won’t be able to sell beer on-site until July 20th, but work is clearly well underway to make sure they hit they hit the ground running. A test brew happened on June 27th in order to put the newly assembled brewhouse through its paces and in order to test the canning line–the first from the newly-opened Canadian office of Palmer Canning (and yes, Lone Pine IPA is going to be available in tall boys. Let’s take a minute to be grateful for that sweetass tidbit).

As for the bar and tied house, the part of the brewery that locals might be the most excited about, it seems far from completion (when I visited, the “bar” was essentially just a metal frame), but Corbeil tells me it will actually be ready by the weekend. “Those guys started yesterday (Monday), but say they’ll be done by Saturday (June 28th).” When finished, the bar will be replete with distressed pine and will feature 14 draft lines. Tables surrounding the bar will line walls that feature windows looking in at the brewhouse and a fairly large stage will be soon be ready to host live musical acts. (Here’s how the bar looked as of June 26th, FYI) 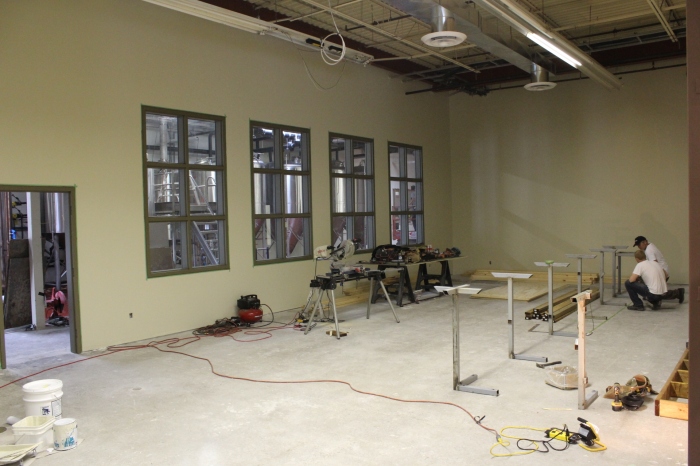 Corbeil gets the sense people are excited not just at the prospect of a new place to buy beer, but also for a new watering hole in town. “Gravenhurst is hurting for spots to go at night–or even any time, really,” he says. “People are really stoked.” 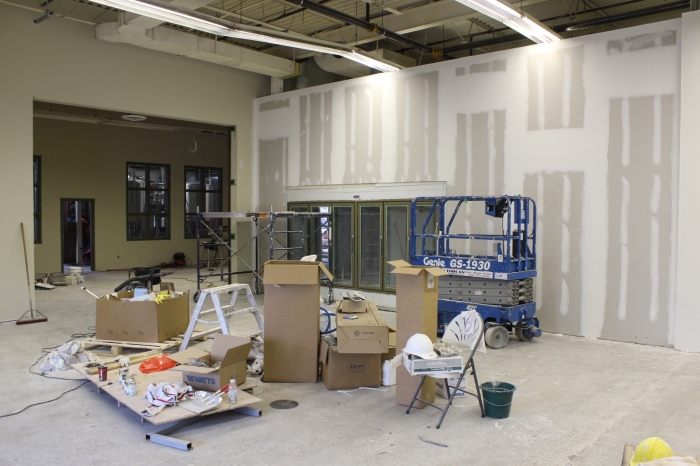 As for the obligation to sell food, in the short term that requirement is being met by way of having a gourmet food truck parked on-site, but the former Canadian Tire mechanic’s garage is being earmarked to one day become a more elaborate pub and restaurant. For now the space is housing two cars from Sawdusty City President Rob Engman’s collection, but with a raised mezzanine section and two garage doors that open on what could easily become an expansive patio, it seems clear that the space has a lot of potential as a venue for nightlife. 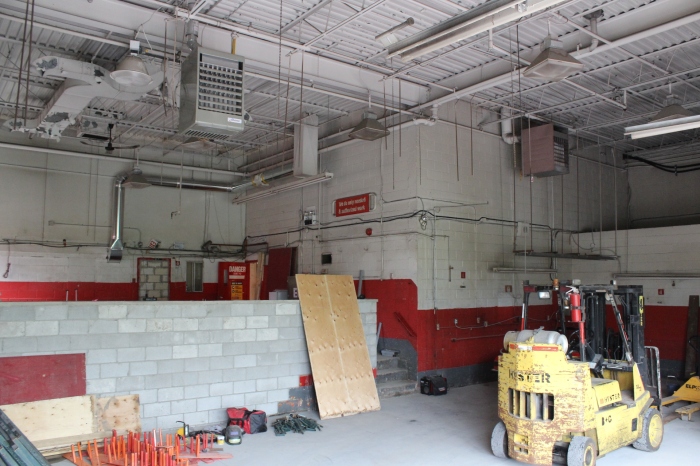 As with any projects of this scope, it’s hard to nail down exact dates when things will be ready, but with a first test mash completed as of Saturday a bar that’s nearing completion, and the looming July 20th date when they’ll legally be able to sell some beer onsite, you can bet things will be approaching full swing by the end of the summer.

Of course, if you need an update, you can just email Sam Corbeil. 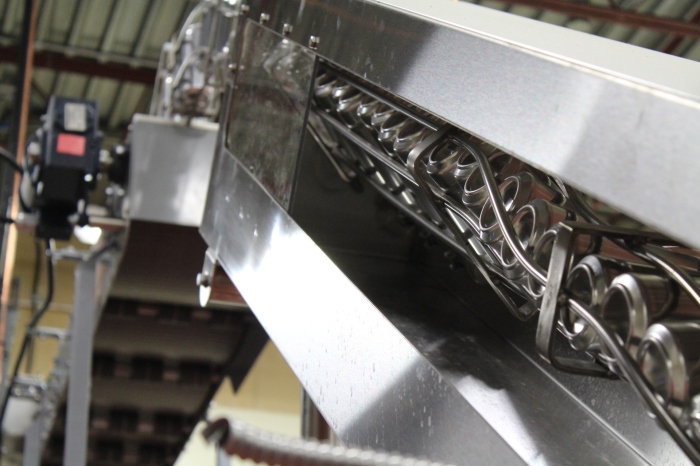 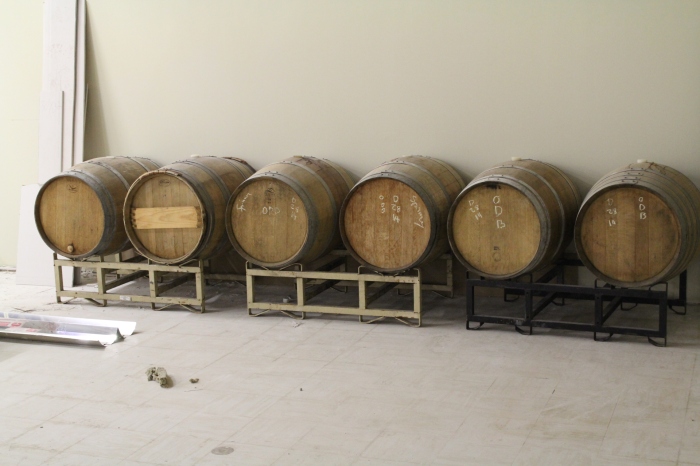 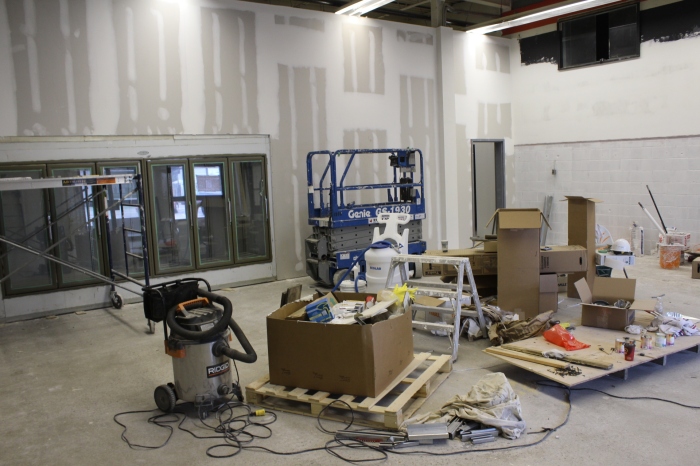 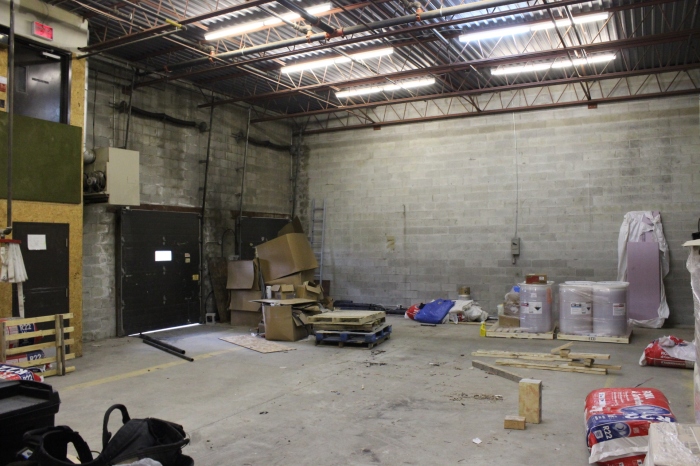