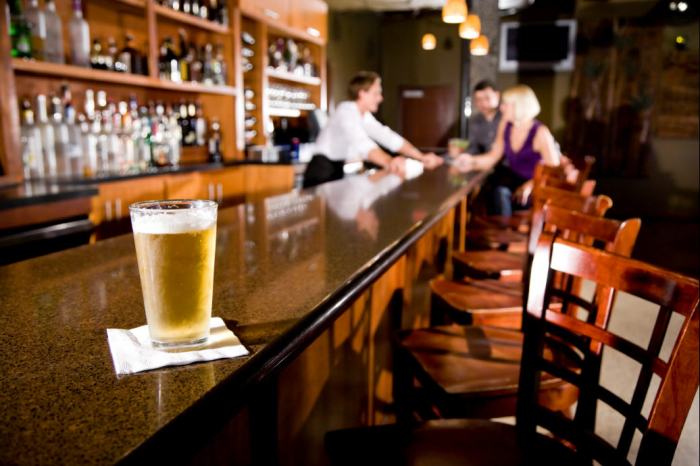 I‘ve drank a lot of beers in my day. Many of them have been fantastic and entirely memorable, but the “Best Beer I’ve Ever Had” was completely and utterly unmemorable. The beer itself was more of a catalyst in a pivotal moment in my life–a bit player in a larger scene. Maybe a long time ago, I used to know what type of beer it was but like a smell that conjures up a distant memory, this beer lives only in the cavernous recesses of my sub-conscious. Deep regression hypnosis may be the only way to dig it up. Also, the actual type of beer is some what unimportant, it’s the fact that beer was present at this moment in my life that is more to the point.

Okay, let me set the scene.

It was 1998, Third Eye Blind was ruling the charts and those wacky Friends were still making us chuckle every Thursday night. I was a fresh faced, young 3rd year University student studying my way to a B.Comm in Sports Administration. And like many a young man, I was courting a young lady. She was my friend’s roommate and we had already met a number of times. Our relationship was growing and was on the verge of blossoming into something special. Alas, I was that clichéd, timid young boy afraid to make the next move. All I had to do was kiss her and I’d instantly vault this burgeoning relationship into the heady realms of love. But like I said, I was scared.

I turned to my friends for help, but they were as clueless as I was when it came to the game of love. The best piece of advice I got was from a dude named “Crash”. He told me I should wrestle her. And when I got her pinned down…that’s when I should make my move.

I decided to ignore this advice.

Instead, I did what many a weak willed man did before me, I turned to beer.

It was Thursday–pub night. After watching another episode of hilarious highjinks from those wacky Friends I headed out to the local pub. I got to the bar and instantly saw her across the room. It was now or never…I knew tonight was the night I had to make my move. So I bellied up to the bar and ordered a bottle of whatever generic macro lager was on sale that night.

Honestly I don’t know what it was and frankly I couldn’t care less. I hadn’t had that much to drink and I certainly wasn’t drunk (I had been too nervous to drink) but just having that beer bottle (which ever bottle it was) in my hands put me at ease. I took a swig of the beer and walked across the room to go over and talk to her. We chatted a bit (I was probably charming and super witty) and I sipped on the beer.

I waited for the next “slow song” and asked her to dance. I took the last long pull on the beer and put the empty bottle down on the table. We walked to the dance floor, put our arms around each other and awkwardly shuffled back and forth (don’t judge me, you all do the same lame dance).

I don’t know if it was that last, long pull on that nameless beer, but I finally had the confidence to make my move. I took a deep breath and then leaned down to kiss her. She kissed me back.

That was 15 years ago. We got married on November 8th 2003. Yesterday was our 10th Anniversary. Ten years ago to the day, we got married at The Steamwhistle Brewery and last night we returned there to celebrate the occasion with Family & Friends (not those Friends).

So that nameless beer I had back on the faithful Thursday night in ’98 is “The Best Beer I’ve Ever Had”. I may not remember what it was or how it tasted, but I will always remember what it gave me.

4 thoughts on “The best beer I’ve ever had: Sam Corbeil”