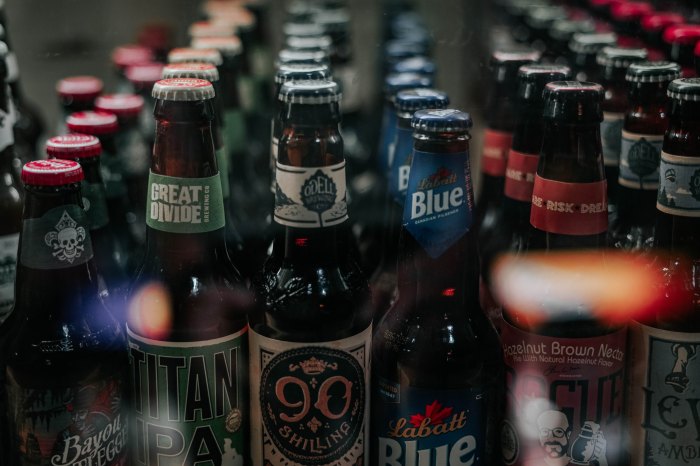 Beer is typically best enjoyed as fresh as possible.

It’s not something most people think about when they roll up to the Beer Store to buy a case of their favourite lager and it’s definitely not something bar-goers scrutinize when a busy bartender snaps the cap off a bottle she just fished out of the fridge behind the bar, but it really should be.

Conscientious shoppers will happily scrutinize the freshness of the almond milk in the fridge at their grocery store and many people will toss meat and half loaves of bread that have passed the seemingly arbitrary “best before” date slapped on their respective labels; yet these same consumers, blissfully unaware, will happily neck a four month old Budweiser from their local.

And that’s a shame, really, because perhaps even more so than your almond milk, hot dogs, or wonder bread, beer really does taste a lot better when it is consumed as close as possible to the day it was put in the bottle or can.

There are, of course, some exceptions to this rule and a handful of beer styles might actually get better with a little aging – an experiment that I caution you to pursue at your own risk – but for the most part, fresh is best. Ask someone who has had Pilsner Urquell in Plzeň what he or she thinks comparing it to the can procured at the local LCBO. Ask someone who’s bartered for a month-old Heady Topper to try one brewed a couple days ago. Drink a pale ale directly from your local brewery then find a three-month old version at your liquor store. The difference is clear.

That’s why I am a huge proponent of date stamps on beer and why, increasingly, I am frustrated by the lack of consistency in how those date stamps are used by breweries – if at all. Many breweries still don’t bother letting consumers know when the beer was actually made and, increasingly, I’m inclined not to award this practice with my dollars and will almost always opt to purchase beer that has a date stamp that is clear and prominently placed – and, obviously, that date is recent.

Great Lakes Brewery in Etobicoke deserves a nod here because they have, in recent years, taken on the task of ensuring their beer is as fresh as possible with a rather laser-like focus. Their social media often touts the #FreshGLB hashtag to emphasize this focus and they have boasted that 99% of the beer they make stays in Ontario so that they can make sure it is always as fresh as possible. And far from just a clever marketing campaign, they are walking the talk. I frequently find week old Canuck Pale Ale in my local LCBOs here in London.

And while GLB has taken on the task of freshness with rather rabid enthusiasm, they are not the only ones. In recent years, many breweries seem to have started to understand the importance of the date stamp to ensure freshness and the practice has grown in popularity. Shuffling beer out the door to whatever distribution network they happen to use free of dates codes might allow you to sneak some sub-optimal beer past an eagle-eyed consumer or LCBO manager once or twice, but if the product you’re putting on shelves is sub-par, you’re bound to get less repeat customers. And so the date stamp, helping ensure your best possible beer is what hit consumers lips, it simply good practice.
Pete Chasapis is the Owner and Operator of Northern Canning, a mobile canning company based in Toronto. Chasapis says that, for his customers, packaged on dates are becoming standard practice.

“We don’t mandate our clients to date code their cans, it’s up to them if they would like to add that to the mobile canning service,” he says. “Some simply have us print ‘PACKAGED ON XX/XX/XXXX’ while some like to include the batch number or fun messages, but almost all of our clients do elect to print the packaging date on the bottom of the can.”

Unfortunately though, aside from making good sense and increasingly becoming common practice, there isn’t actually a standard that makes beer date codes mandatory or dictates the format for them.

This means that many breweries who are shipping beer through the LCBO or Beer Store still don’t bother to put date codes on their beer and many who do opt for a “best before” date instead of a “packaged on.” The problem with a “best before” of course is that I might not agree with a brewery’s idea of how long a beer is still “best.” I’ve picked up a can of lager made in Ontario, for example, that was stamped with a best before date that was seven months in the future. That brewery might feel their beer is still good seven months from when it leaves their doors, but personally, I’m not drinking a seven month-old lager if I can help it. This practice is increasingly not the norm, but it is still prevalent. Muskoka Brewery, for example, still opts for a “best before” date and leaves the packaging date a mystery.

“Everyone we work with believes in that duty of transparency to their customers,” Chasapis says of Northern Canning customers, “and many have been vocal about being against a Best Before date as that leaves the drinker in the dark as to when the product was packaged.”

Big brewers, of course, are actually pretty diligent about using date stamps for inventory tracking purposes and have historically been vigilant about freshness. Anheuser Bush executives, for example, were long known to check the dates of Budweiser bottles in bars wherever they travelled and would penalize distributors and bar owners if they found stale-dated product. I don’t know if the Belgian-Brazilian conglomerate that owns ABI is still so fresh obsessed, or if they have time to break from world domination plans to even go to bars, but you can still find a date stamp on every Labatt product in Canada – as well as Molson and Sleeman, though they are typically a little more cryptic than the standard craft brewer’s date code.

Big beer will typically feature a stamp that looks like this: L17L4901210 and the stamp actually denotes the brew date. The first letter of the alphabet denotes the month the beer was brewed, corresponding to the order of the alphabet, i.e. A = 1, B = 2, and so on, though they never use “I” so the last four months are JKL and M. The next two numbers are the date, sometimes they include the year, and the final digits, i.e. 90210 in my example, are the production code.

I have found that Molson Coors seems to prefer a simple MMMDDYY format, but it looks like it is a “best before/pull” date. While it’s usually clear and uses a preferred simple format, “best before” of course means the folks at Molson Coors are suggesting how long that can of Coors Light can sit on a shelf and still be optimal and I’m willing to bet you that rocky mountain cold beverage will have pretty rapidly diminishing returns, despite whatever preserving methods they’re employing.

To further complicate matters, some breweries use a Julian Calendar code system (001-365), which employs the year and the day of that year.

The long and short of it is that, if you do find yourself forced to drink some industrial lager from a bottle or can, and you can do a little deciphering, you can at least make sure it was made in the last few months.

And while craft brewers are getting better, it feels like there’s still some work to be done when it comes to date stamps. To my mind it could start with a standard, so that there was consistency from brewery to brewery, and that standard would the day/month/year format of the day the beer was packaged, clearly stamped on every can or bottle that leaves a brewery. Presumably a brewery might also include their “best before” if they want or even some indications of their suggested timeline for consumption (e.g. “this beer is best enjoyed fresh” or “this beer will last up to six months in your fridge.”) This would allow beer nerds to make their own decisions about “freshness” while breweries might still have a way to educate the general public on their own standards.

Until that happens, of course, I’ll likely continue to check the bottom of cans at my LCBO until I find one that is clear. And the safest bet, of course, will always be to walk or drive to your local brewery, grab some bottles or cans from their retail shop and simply ask the person selling it to you when it was brewed.

2 thoughts on “How fresh is your beer?”