For today’s installment, Jim Koch shares his story. Jim Koch is the co-founder and chairman of the Boston Beer Company, the producers of Samuel Adams. 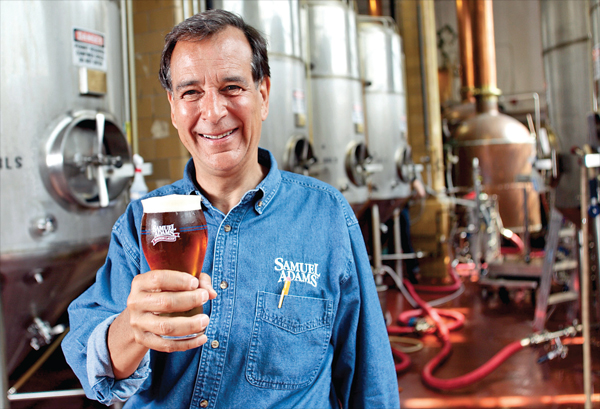 To date, I’d estimate I’ve had more than 21,000 beers so as you can imagine, choosing the best one is a real challenge. There was the time I enjoyed Samuel Adams Boston Lager at the top of Mount Aconcagua (the highest point in the Western Hemisphere), the beer I brewed for my daughter’s wedding – Samuel Adams Noble Pils, and countless other beers enjoyed with family and friends over the years. But if I had to choose, I’d say my favorite beer was my very first Samuel Adams Boston Lager.

Many people don’t know that Samuel Adams Boston Lager started as a homebrew. I brewed the first batch in my kitchen in 1984 using a recipe for Louis Koch Lager, a recipe of my great-great-grandfather’s from the 1870s. As soon as I had my first sip, I fell in love with the taste of this beer. I thought that if I could taste this beer every day of my life, I’d be a happy man. I didn’t tinker with the recipe. It was just THAT good. That one beer set into motion my passion to push the boundaries of traditional brewing and introduce drinkers to full-flavored craft beer, and it’s what we’re still doing today.

4 thoughts on “The best beer I’ve ever had: Jim Koch”