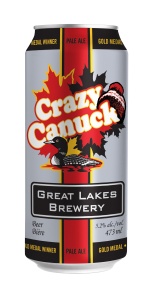 Typically when it comes to beer, my philosophy is that taste is the only thing that matters. And that is true, to an extent, but there’s something to be said for a well-designed label.

Beermakers here in Toronto have, for the most part, embraced some design aesthetics when it comes to the logos that adorn their brews (See my August 2013 blogTO post on the best labels in the city and their stories) and the humble beer logo has evolved into a collaboration of design by local artists, a marketing opportunity for local bands and filmmakers, and all manner of hipster-friendly hand drawn shenanigans. But there’s been one great beer that’s always been left behind and it’s Great Lakes Brewery’s Crazy Canuck. Behold the monstrosity pictured above. There’s multiple maple leafs, a loon, a toque–and for some reason it’s black, gold, and red. It’s fucking hideous.

Now, having said that, it’s a great beer. Like a really great beer. Like an award winning pale ale from the brewery that has taken home Canadian Brewery of the Year for two straight years now. To my mind, this oh-my-god-kill-it-with-fire can has likely led to at least a few people passing by this tasty beverage on the LCBO shelves. It’s the reason that, virtually every time I’ve spoken to Great Lakes Brewery’s Troy Burtch in the past year or so I’ve persistently asked, “You got any plans to change that awful can yet?”

Thankfully, the last time I asked him, he said yes!

And in a Ben’s Beer Blog exclusive, I’m happy to reveal the new can for Canuck (no longer Crazy). 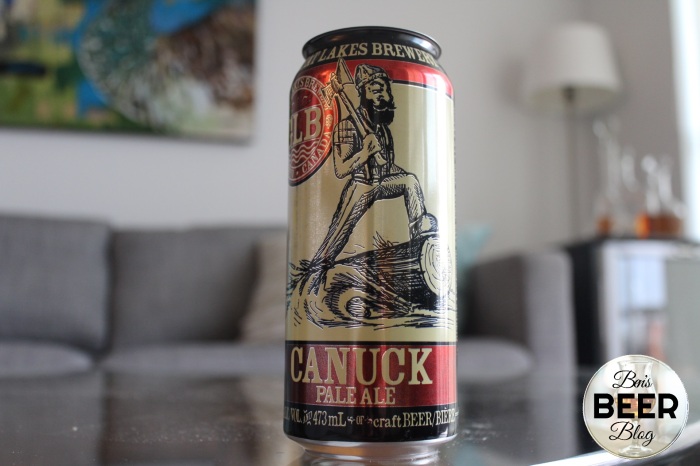 As with other recent Great Lakes labels, the new can features a hand-drawn image by Garnett Gerry and graphic design by The Only Cafe’s Fabian Skidmore. The eponymous Canuck is now a bearded, flannel-wearing lumberjack. Burtch tells me that a social media marketing campaign centrering around this burly Canadian, named Gordie Levesque, will coincide with the launch of the new cans.

The gaudy colours are gone and instead the new can is a more subdued taupe, red, and black. As for the name change, Burtch tells me that Great Lakes opted to drop the “Crazy” part because they think Canuck is a beer that should be taken more seriously. I’m inclined to agree.

What do you think of the new cans?