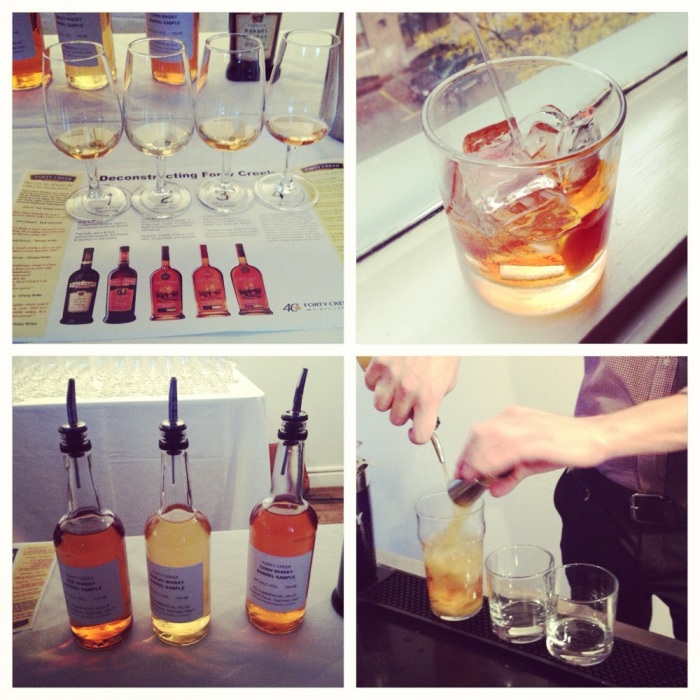 I‘ve never been all that interested in Canadian Whisky.

It’s sort of a shameful secret of mine given that I’m clearly an enthusiast of alcohol and also fiercely (some might say stupidly) local when it comes to my beer consumption. But the Canadian stuff has never really done much for me. Perhaps it goes back to my days of drinking excessive quantities of Canadian Club before high school dances, but I’ve always found rye, and by association, Canadian whiskies just too sweet and more often than not, I’ve opted for Canadian whisky’s decidedly more established cousin from Scotland.

Thankfully though, I was recently invited to attend a whisky tasting led by Forty Creek’s own master distiller John Hall, and I got a bit of an eye opener: Canadian whisky can taste pretty good. 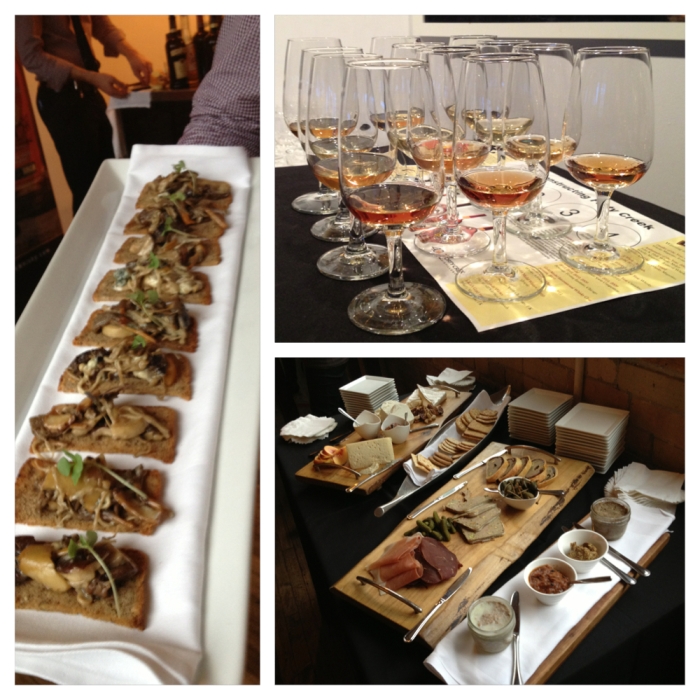 At the event, held a few weeks ago at The Spoke Club, Hall walked whisky fans new and old through the process he uses to create Forty Creek Barrel Select and Forty Creek Copper Pot, and it was actually pretty interesting. Hall is a winemaker by trade but, in 1992 opted to get into the whisky business. According to Hall, “consolidation and foreign ownership,” had led Canada’s once-proud whisky-making traditions to a place of stagnation lacking innovation; notably when compared to Scotch or the interesting things happening with small batch bourbon to the south; and so after 30 years in the wine business, Hall pushed his company–then Kittling Ridge Estate Wines and Spirits, now Forty Creek Distillery–into a new direction and started making blended whiskies.

But he still brings some wine-making sensibilities to his process. “When I first started thinking about how to make whisky,” he says, “my thoughts immediately turned to the great Bordeaus of the world–where each of the three varietals [i.e. the noble grapes, Cabernet Sauvignon, Merlot, and Cabernet Franc] is considered separately–cared for the ensure its own unique characteristics and best features are highlighted–then the three are blended together.”

Hall takes the same approach with the three grains that go into his Barrel Select whisky. He ages corn whisky (aka bourbon) in heavily charred white oak barrels so that the bourbon can bring weight and body to the blend. He ages rye whisky in lightly toasted white oak to preserve its more delicate taste. And he ages barley whisky (which, if it were made in Scotland would be called Scotch) in a medium char barrel to best complement its nuttiness and depth.

Once all three whiskies have been aged, Hall then blends them and ages them together in Kentucky bourbon barrels and the result is a pretty amazing amber and gold whisky with all kinds of enticing aromas. On the nose there is pecan, vanilla, and even some fruit notes and it’s balanced with roasted nut. The flavour echoes this complexity with vanilla, honey, walnuts, and all kinds of spice in the extremely rich Forty Creek Barrel Select. 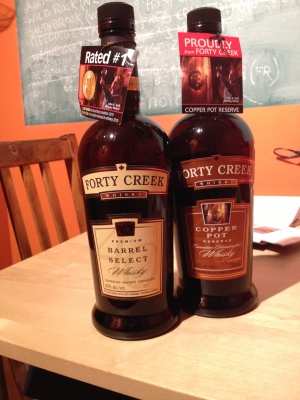 For his Copper Pot Whisky, John Hall followed the same process as above but chose the best of each grain whisky, and aged them each a little longer so they could develop more complexity from their respective oak barrels, then he bottled it at a slightly more potent 43% ABV to give Copper Pot a little more oomph, to use a technical term.

I was lucky enough to receive a bottle of each from the good folks at Forty Creek and it hasn’t taken me long to hop on the Canadian whisky bandwagon.

They were also kind enough to include some recipes; one of which, the Forty Creek Old-Fashioned, I tried out while decorating my Christmas tree–a pairing that proved fortuitous since it turns out this beverage, with rosemary, sweetness and a little spiciness, is a bit like Christmas in a glass.

Serve over rocks in a short glass.

This was pretty much a perfect seasonal offering. You’d please whisky fans and booze novices alike if you served this concoction at your next holiday mixer.

And yet, I’m not sure I could drink them all night. That is, with its pleasing aromas and comforting flavours, this is a great drink for people that aren’t super into the taste of booze. Certainly the recipe highlights Barrel Select’s complex flavour profile, but I tend to opt for alcoholic drinks that taste like…well, alcohol. And so I used the gift of Forty Creek to create a little recipe more to my liking. You might want to try it as well. 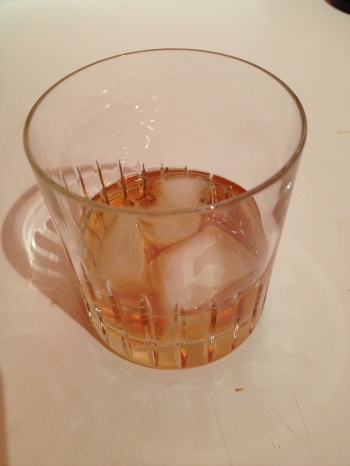 4 thoughts on “You Should Already Be Drinking: Forty Creek Whisky”