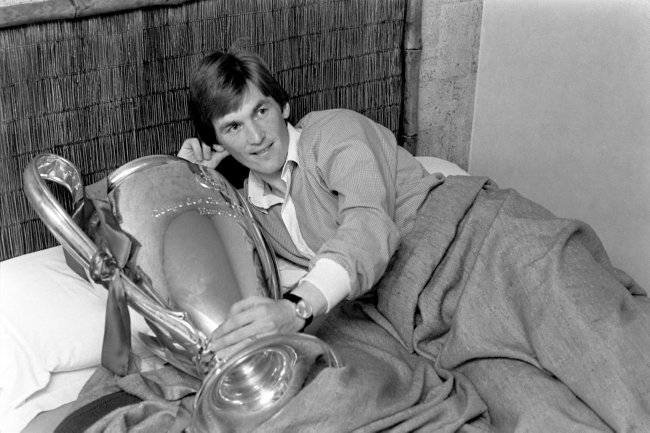 Beer awards are kind of bullshit.

They don’t really denote an absolute degree of quality or a level of excellence above all others in the field or category.

What beer awards often actually denote is simply a willingness on the part of a brewery to meet the demands of individual award ceremonies’ rules and style guidelines. That is, maybe a winning beer best met a certain judge’s understanding of the BJCP definition of a certain style or the beer adheres to the individual awards’ strict and often archaic style guidelines, but does that make the beer the “best” example of its kind?

According to the judges who blind-taste-judged the Ontario Brewing Awards, for example, Triple Bogey Brewing Co. brewed the “best” North American Lager in the province last year. But what does that even mean? Taste is subjective, right? You, for example, may prefer the taste of Great Lakes Brewery’s Golden Horseshoe Premium Lager. Who can say how or why those two lagers are different and what makes one better?

As I noted in a similar rant about the OBAs three years ago, I feel like this type of judging can often dismiss beer that stands out among the pack as being different than all the others in its field and instead gives accolades to the beer that is most clearly “exactly like it is supposed to be.”  That seems fairly contrary to the innovative and barrier-busting spirit that, for me, often personifies good brewing.

Furthermore, by virtue of being “pay to play,” these awards often aren’t really representative of the “best” of the field.

Like the OBAs, the Canadian Brewing Awards charges entrants a fee just to be considered for an award. Accordingly, breweries that are small or new or simply can’t justify the cost of entry forgo the awards to save the dough–and some breweries just don’t even bother to pay to enter. So who can say “best” is ever actually a fair and true statement? Toronto’s Bellwoods Brewery, for example, who make beers that rank among the world’s best according to consumer review sites like ratebeer (and shameless fanboy bloggers…), don’t even bother to enter their beers in the Canadian Brewing Awards. One would think that logically their inclusion might alter some of the outcomes of one or two awards, casting at least some doubt on the legitimacy of the term “best.”

Rob Engman is the publisher of TAPS, Canada’s Beer Magazine, and is also the founder and operator of the Canadian Brewing Awards. As you might imagine, he disagrees with me. “If you don’t like awards I won’t change your mind,” he told me recently by phone, “but I can tell you I’ve been working really hard for the last ten years to make the CBAs something that Canadians can be proud of. We’ve been BJCP-sanctioned for a number of years, we’ve added new categories this year to reflect some of the new styles of beer being brewed, and we reach out every year to brewers across Canada to survey them to find out what they like and what they don’t like in an effort to remain relevant and current.”

“I get that awards in general aren’t perfect,” Engman says, “but I can tell you that people who do enter and win, do benefit, both from a marketing standpoint and from a morale standpoint at the brewery. I can speak to this as a brewery owner myself [Engman is also the owner of Sawdust City Brewing Co., whose beers are not entered into the CBAs to avoid the conflict of interest].  When we win awards, we’re very proud of them and it’s a nice pat on the back to the brew team, who work hard to produce good quality beer.”

And here I definitely agree with Engman.

I wholly understand why breweries do opt to enter their beers into awards and I don’t hold it against breweries who do enter and/or win. Awards are a nice way to gain recognition for your hardworking staff, it’s nice to quantify your blood sweat and tears with a trophy that says “Hey look, we accomplished a thing” and, on perhaps a more cynical note, it’s a good and calculated marketing expense to pay entry fees for awards consideration because, if you win, you get to plaster your brewhouse, labels, website, etc. with “Winner of Best X for the Year X!” in perpetuity and, let’s be honest, that shit simply sells more beer when Joe Sixpack sees it on the shelf.

Furthermore, awards can be good for us, the consumer (at least once a year): Beer awards do serve as a sort of routine “quality audit” for the breweries who care enough to enter their beers into competition.

That is to say, if you give enough of a shit to enter your beer into a contest to see if it is someone’s idea of “best,” it’s pretty likely that you’ll be working hard to make sure your beer is as good as it can be. And brewers working to make sure their beer is at its best most certainly benefit the people who drink it.

Furthermore, as I’ve noted in the past this is especially beneficial to Ontario beer drinkers at this particular time of year. And that’s because right now is the time when the province’s brewers are brewing their products for awards consideration.

The Canadian Brewing Awards stipulates that samples for consideration must arrive between March 22nd and April 4th. The Ontario Brewing Awards submission deadline, March 7th to 11th, has just past, and, as a bonus, the once-every-two-years World Beer Cup submission deadline for beer to arrive in Denver was also March 7th – 11th. Now of course all of the province’s brewers try their utmost to make the absolute best product they can year-round, but if you consider that any breweries who are entering beers into these competitions are likely putting just a touch more chutzpah (a Yiddish brewing term) into their product right now for judges’ discerning palates, then theoretically the beer on store shelves and in kegs at bars right now is going to be tasting even better than usual.

Of course, that may or may not be a bunch of bullshit, but it’s kind of fun.

*none of the above statements apply to The Golden Tap Awards, whose winners, by virtue of being chosen by the people, are totally legitimate. Obviously.