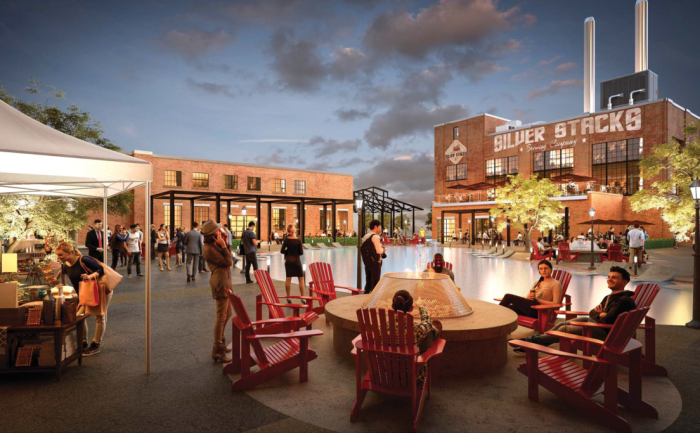 London’s east end is having something of a moment.

No longer associated derogatorily with being East of Adelaide (or EOA if you’re in the know) the east end is now home to what is arguably becoming London’s most vibrant neighbourhood, the Old East Village (aka OEV if you’re into the whole acronym thing).

An area that’s—let’s be honest—still a bit sketchy in some places, OEV is a pocket of affordable real estate that has, as of late, become something of a hot bed for interesting and independent  entrepreneurs (if you’re a Toronto reader, think The Junction, just with out all the stuff yet).

Aided by awesome spots for a coffee like 10Eighteen Coffee Bar (because everything starts with coffee), a seriously decent cheese store in All ‘Bout Cheese, and the mandatory weekly Farmer’s Market at the Western Fair Grounds, OEV is threatening to become an honest-to-goodness hipster hotspot. There’s even Urban Oven, a place to get gluten free bread to make your own bread at home, and the obligatory over-priced clothing store tucked in among a few vintage shops.

Perhaps not surprisingly, the area also has beer.

The excellent Anderson Craft Ales—who are set to celebrate their one year anniversary on Saturday—is within the confines of OEV and The London Brewing Co-Op recently set up shop nearby—part of what is now a trifecta of interrelated organic, co-operative businesses in the area (and the subject of my latest column for Our London. Check your flyers for details, people!).

Soon though, the OEV is going to be home to a venue that will almost certainly certify the area’s cool credibility (and perhaps accelerate the area’s gentrification) when The Factory opens its doors in the Winter of 2018. Taking over space once occupied by Kellogg at what is now 100 Kellogg Lane, Factory will be a sprawling adventure park that includes indoor go-karts, a trampoline park, North America’s largest indoor ropes course, mini-golf, escape rooms, axe-throwing, an arcade, and a toddler “soft play area.”

And if you just said, “Shit that’s a great list of a lot of things I like to do while drinking beer,” you’re in luck. Because the other plans for phase one of the 93,000 square metre Kellogg site development include Silver Stacks, a new brewery from the owners of the Tobermory Brewing Co (TBC).

I spoke recently about the plans for Silver Stacks with Kristin Buckely, who, along with husband Matt, is the co-owner and a native Londoner. The couple actually served on the London Police force together.

Matt’s cousin works with Tillsonburg-based E&E McLaughlin Ltd., the firm leading this development, and asked Matt and Kristin if they thought a brewery might work as part of the revitalization of the circa-1913 Kellogg buildings. When Matt and Kristin said they absolutely thought it would work, the next questions was, “OK, how about you do it?”

The situation seemed somewhat kismet, Buckely tells me. “We were having trouble keeping up with demand,” she says of their brewery and steakhouse in Tobermory, “and were considering how to expand.”

And an expansion this will indeed be. Opened in 2014, the Tobermory Brewing Company features a four barrel system with eight barrel fermenters and was born after the duo—who also own the Crows Nest Pub—had heard one too many inquiries about where to get a good steak and a local beer and decided to fill the need themselves.

Silver Stacks, which is a separate entity but will act as the host brewery for much-needed TBC capacity, will feature a 20 hectolitre system with plenty of room to expand.  The Buckely’s current brewmaster, Christopher Patterson, will take on a full time job and oversee production of TBC beers at Silver Stacks, while the duo is currently searching for a second brewmaster who will be in charge of the beers produced for the east London site. “We’ve got a couple people we’re interested in,” Buckely tells me.

In addition to onsite sales in cans, howlers, and growlers, Buckely says the aim is for LCBO distribution of both TBC’s flagship beers and the beer-to-be named at Silver Stacks. 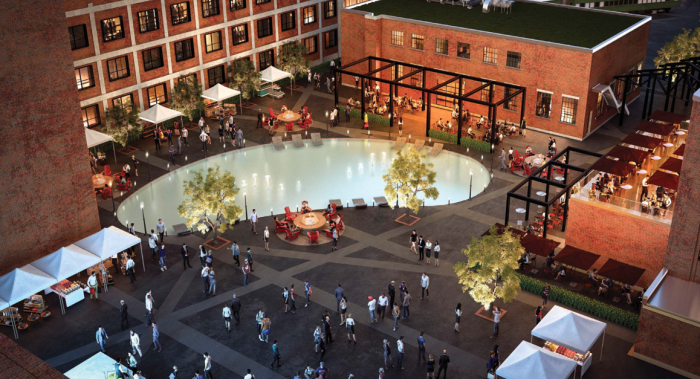 The brewery will be complemented by a 75-100 seat capacity restaurant that Buckley says will start with a casual menu at first but gradually grow more complex. “We want to offer a beer and dining experience,” she says. “This great building with its unique history was screaming for a microbrewery.” And at least part of that building’s unique character is at fault for the uncertain capacity. Buckley says that she’s sure there will be a rooftop patio but so much of the old equipment remains in the space right now they’re not yet even sure what the final square footage will be.

Finally, in a statement that perhaps confirms OEV’s status as a legit destination, Buckley lays out the concept of the area as a tourist destination. “Make it a weekend!” she says, noting that, for those coming in from out of town, later phases of the Kellogg building development include a hotel that will be right across a courtyard from Silver Stacks.  “You’ll be able to drop the kids off at The Factory to play then come in for a great meal and a pint.”

A vacation weekend EOA? Why the hell not?

Hey! Like what you’re reading? Throw me a vote in this year’s Golden Tap Awards. Choose your favourites in all things Ontario beer–and don’t forget your favourite beer writer.