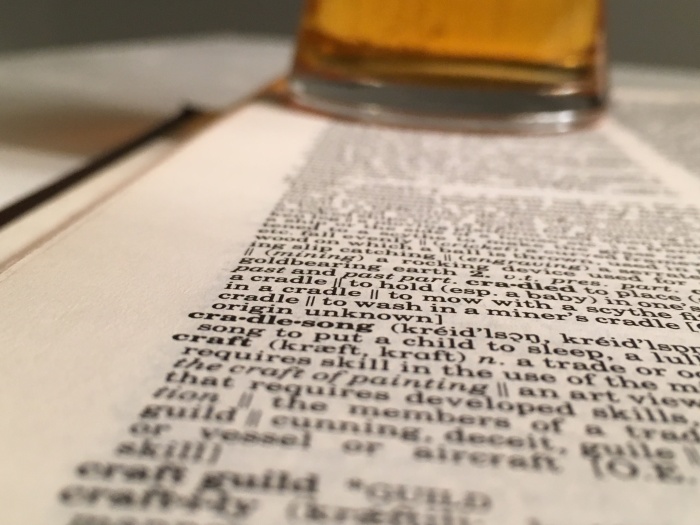 There is seemingly no craft beer debate more constant–and arguably more annoying–than the ongoing debate over the meaning of the word “craft.”

Every few months or so since 2005, when the board of the Brewers Association first voted to draft a definition of what a “craft brewer” is, it seems like the debate again rears its ugly head on twitter or on the blogosphere and we are treated to a now-familiar littany of opinions from beer writers, websites, advocates, brewers, and bar stool pontificators on what exactly “craft beer” means and whether or not we even need such a term.

Local beer blogging’s resident grumpy old man, Alan McLeod, got me thinking about this frustrating debate again earlier this week when he brought the topic up in a post about the similarly elusive quest to define craft beer’s looming (or is it?) “bubble.”

In his quick revisit of the “craft” debate that has enjoyed renewed vigor since the BA began arbirtrarily changing its definition so that Samuel Adams continues to meet the terms, McLeod ultimatley reasons that “[The word]” now includes so much meaning – so many meanings – that it no longer has little specific meaning.”

McLeod also touched on the thoughts of famed spirits writer Lew Bryson, who in a recent interview pleaded “Just call it beer. It’s beer,” and McLeod likewise revisits a 2014 Toronto Sun piece by his occasional co-author, the esteemed Jordan St. John Esq., who landed on a similar conclusion when he opined that ““Craft beer” has served its purpose as an idea and we need to move past it.”

And so it is not without due respect to these and the many other beer experts who have asked rhetorically “who can define craft beer” that I say to them today: Well, I can. END_OF_DOCUMENT_TOKEN_TO_BE_REPLACED