*an earlier, stupid version of this post was written as though SAAZ Republic Pilz was Big Rock’s first foray into Ontario. As Toronto Star Beer Columnist Josh Rubin helpfully pointed out, Big Rock beers have actually been here for about 20 years. This post has been revised to reflect the fact that this Big Rock Brewery is indeed the same Big Rock Brewery that currently has Big Rock Grasshoppper Wheat Ale, Big Rock India Pale, Big Rock Light Lime, Big Rock Traditional Ale, and Big Rock Warthog Ale all listed at The Beer Store. Yes, the entire conceit of this post–which was intended to be a transcript of my initial thoughts on the news–has essentially been destroyed, but I’m going to try to salvage the thing anyway because I don’t have time to rewrite it and oh great the baby’s crying I have to go. 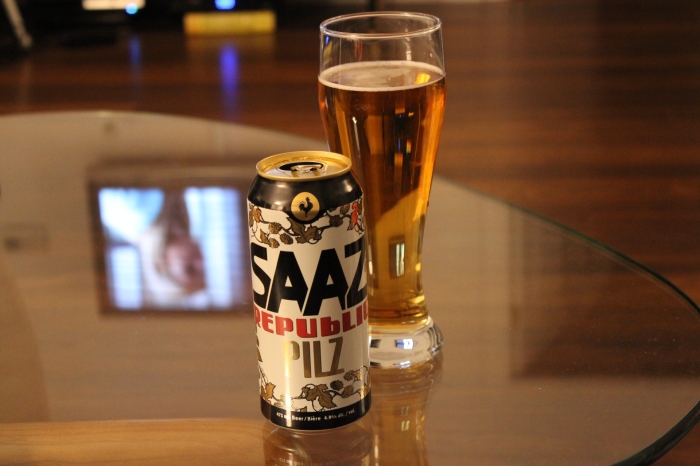 A couple weeks ago, the interwebs were all a-twitter with news that one of Canada’s oldest craft breweries–Calgary’s Big Rock Brewery–was bringing some new beer to Ontario.

The obligatory press release explained that the first of a series of new beer releases here would be SAAZ Republic Pilz, a pilsner with “a distinct but mild bitterness on the front end followed by a slight hop middle and a clean, refreshing finish.” It also explained that this release represented the first of of a total of three new beers slated for release in Ontario.

I don’t really know how I feel about this release, so, in order to convey my thoughts on the news, I’ve attempted to transcribe the conversation that occurred between the conflicting optimistic and typically dominant cynical voices in my own brain whilst drinking one last week.