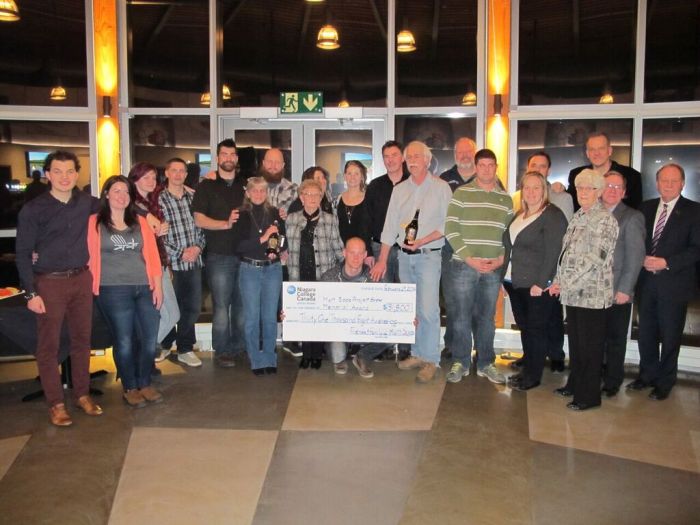 Back in November I shared a story about the passing of Matt Soos, a 2014 graduate of Niagara College’s Brewmaster and Brewery Operations Management program. Matt passed away just a few months after commencing work as a brewer at Muskoka Brewery.

In that post, I wrote about Natterjack Toad, a 7% ABV Belgian Strong brewed with pistachios and created from one of Matt’s own recipes. Matt’s friends and family traveled to Muskoka Brewery in Granvehurst to brew the beer and the proceeds of its sale were to go toward a scholarship in Matt’s name.

A few days ago I received an email from Dan Soos, Matt’s older brother, letting me know that on February 19th, Matt’s family presented a cheque to Niagara College in the amount of $31,800 for the creation of the Matt Soos Project Brew Memorial Fund. END_OF_DOCUMENT_TOKEN_TO_BE_REPLACED 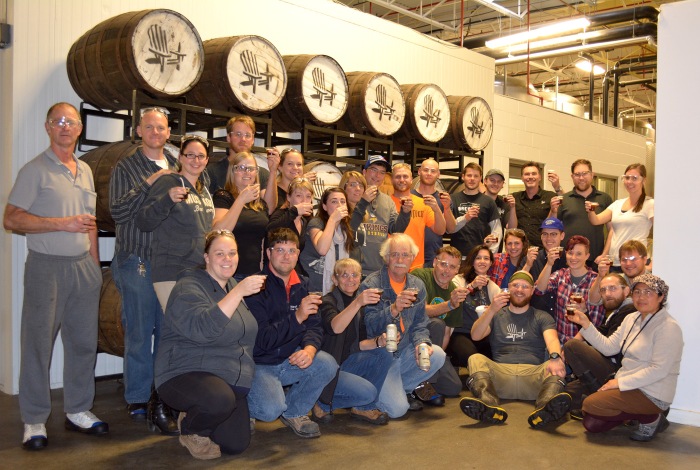 For anyone who has had much involvement with Ontario’s craft beer industry, you get to know fairly quickly that “industry” probably isn’t even the right term for this group.

Yes, they are making and selling a product and running a business, but for the most part, the people making and selling beer at small breweries in this province are much more of a community than they are an “industry.” They all know the same people, they sometimes went to school together, they usually face the same struggles, they are often sharing resources and–increasingly–they even brew their beer in the same parent facility.

And while there can occasionally be some infighting or gossip about petty things like who’s swiping kegs from other brewers, who’s “copying” someone’s latest beer style or label, etc. it is, for the most part, a community that works together, collaborates on ideas, and shares in each other’s achievements as craft beer grows in Ontario.

They also come together as a community when they are faced with tragedy. END_OF_DOCUMENT_TOKEN_TO_BE_REPLACED