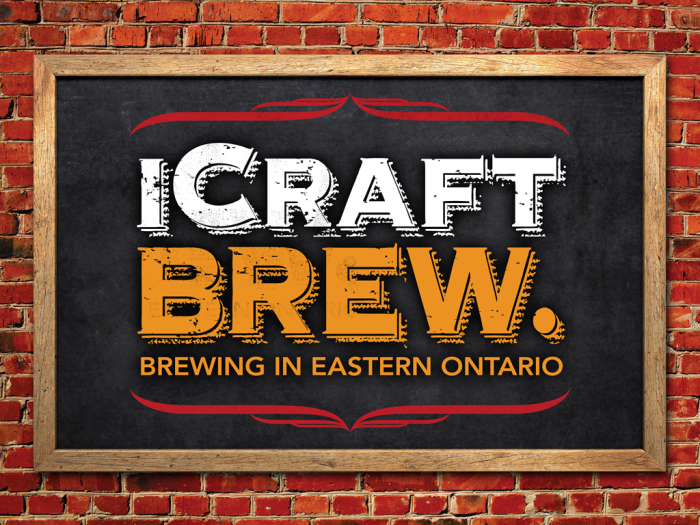 When I first started reading the press release for the “iCraft Brew” app, “available for free for both Apple and Android devices,” and “geared toward that person who has dreamed of starting a craft brewing business,” I’ll admit my reaction was something along the lines of “Oh god. Really?”

Frankly, I’m skeptical of anything that refers implicitly or explicitly to the craft beer boom in Ontario as a “business opportunity” because I think it invites people to craft beer who aren’t so much into beer as they are interested in making a buck. The “craft beer business opportunity” mentality, to me, is what’s leading to an influx of less-than-stellar contract-brewed beer in cans that aren’t really helping the market so much as crowding it. To generalize: People who get into craft beer because they like beer are good, and people who get into craft beer because they want to make a buck are fuckheads.

And so it was that I downloaded the iCraft Brew iPad app, fully ready to blast it publicly; pouring myself a beer, firing up the laptop and preparing to tap into my special brand of self-righteous indignation to which readers of this blog may have become accustom.

But it turns out this app…isn’t all that bad, actually.

In fact, this app, produced by the FAB Region, a marketing initiative started by the counties of Hastings, Prince Edward, Lennox, and Addington in order to promote those regions’ entrepreneurs, is actually kind of cool.

FAB’s focus is on helping local artisanal food and beverage (FAB, get it?) businesses and, it seems, this is actually their second app, following the success of their “How to Start a Cheese Making Business in Eastern Ontario” app (no, seriously).

So maybe the intentions of the creators of this iPad (and Android!) app aren’t all that nefarious.

Indignation on stand down. False alarm.

Designed not so much as the “how to exploit the industry” guide that I envisioned it be, the app is actually more like a resource for folks that are serious about starting a brewing business and want to make sure they cover their bases.

The app’s otherwise jargony press release comes with an endorsement from Daniel MacKinnon, who has a masters degree in brewing and distilling from Heriot-Watt University in Edinburgh, Scotland and is in the process of launching his own brewery, MacKinnon Brothers Brewing Co., on his farm in Bath, Ontario. MacKinnon notes that it raises some interesting points that even experienced brewers might not think about, like the often tedious labeling requirements of the LCBO. 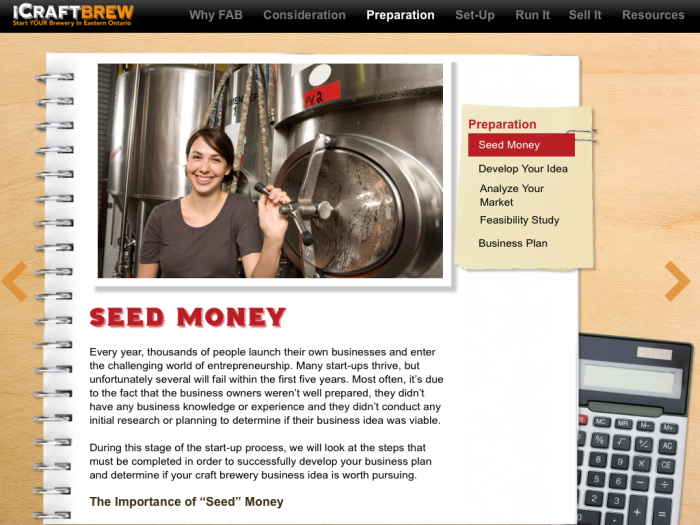 As you might expect from a project started by an organization designed to promote a region, the app touts the FAB area’s benefits to craft brewers–and makes some fairly compelling arguments. Notably, the lack of local competition that currently exists in Eastern Ontario, the “craft” minded residents who already support local and artisanal food makers, and the growing crop of sophisticated tourists who are already coming for the area’s cheese and wine. They also make a great case for the area for its access to locally grown ingredients (with obligatory links to local resources and farms).

In short, while I was initially thrown, this app seems like a pretty cool idea all around. Ontario businesses are getting a boost, and the information taken as a whole makes a solid pitch as to why more breweries might open locally-minded companies in this province–even suggesting how one might go about squirreling away seed money with handy information about government funding that might be available to new brewers.

This is far from an “everything you need to know about brewing” solution for your tablet, but that’s probably a good thing. It seems like not so much a tool for opportunistic marketing folks to crowd the craft market and instead is an interesting little resource for passionate brewers who are considering starting a brewing company. More breweries like that aren’t such a bad idea.

And best of all, the app is free!

Pretty cool idea, really. Now I just have to get used to this feeling of…being positive about something? Yech.

One thought on “Starting a craft brewery? There’s an app for that”