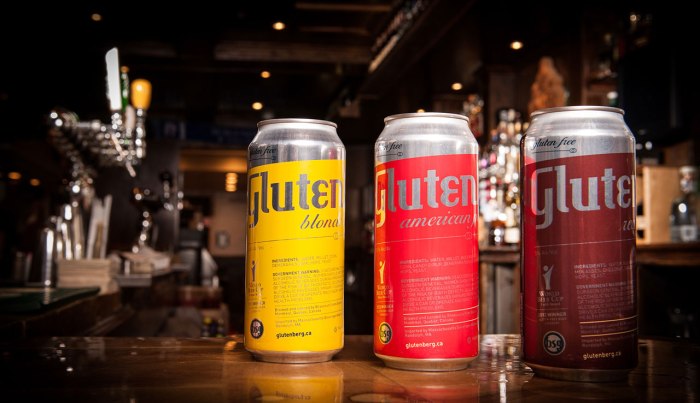 Gluten free beer in Canada has historically been a problematic idea for one very important reason: It’s literally impossible.

To be “gluten free,” according to Health Canada and the Canadian Celiac Association, a product must have no deliberately added ingredients that contain any gluten proteins from barley, oats, rye, triticale, or wheat, including kamut and spelt and any gluten levels in the product from accidental gluten contamination must be less than 20 parts per million (ppm).

To be “beer,”  according to Canada’s Food and Drug Laws, something has to be “the product of the alcoholic fermentation by yeast of an infusion of barley or wheat malt and hops or hop extract in potable water and shall be brewed in such a manner as to possess the aroma, taste and character commonly attributed to beer.”

OK then. Let’s talk a little more about gluten-free beer.

“Ben,” you’re probably saying, “I know I’ve seen ‘gluten free beer’ on store shelves before, so what the heck is that stuff?”

Well, that’s a good question, Kenny and I’m glad to see your rash cleared up.

Gluten free beer, more often than not, is either a “beer-like” product made from an alternative malt product, or it is a traditionally-made beer that has been “de-glutenized.”

So what the hell does that mean?

Well beer-like gluten free products are often made from Sorghum, a species of grass cultivated for its grain. Specifically, it’s made from Sorghum Bicolor, a tough, drought- and heat-tolerant crop whose resilience makes it wide-spread as a food crop among the poor in arid regions. The U.S. Grains Council says it is the “fifth-most important cereal crop grown in the world.” Thanks wikipedia!

If reading this short synopsis of Sorghum didn’t give you the distinct impression that beer made with this crop would be delicious, your instincts are sound. Sorghum-based beer is often pretty weird, kind of sour, and unpleasant. About the nicest thing I have to say about the best examples we can get in the LCBO here in Ontario (Bards from Buffalo and New Grist from Milwaukee) is that they almost taste like a standard, mass-produced lager.

That’s not a ringing endorsement.

Ontario’s Nickel Brook Brewery also does a gluten free beer with a blend of sorghum, demerara sugar, and pear juice and it is, by all accounts, far sweeter a beverage than what anyone seeking “beer” would likely be interested in. The tasting notes for this product actually note its “sweet aromas of powdered sugar bubblegum.” Uh, no thanks.

Next we have de-glutenized beers . These beers are made with barley but use an enzyme-based process to break down their gluten, and while the producers of these beers claim they are safe for consumption for the gluten-intolerant, the process doesn’t actually remove all the gluten.

Here in Ontario, we can get Mongozo Premium Pilsener at The Beer Store. It’s a Belgian beer made with 60% barley malt that has been de-glutenized.

I spoke with Guy McClelland, president of McClelland Premium Imports and importer of Mongozo about this beer back in 2014 when the beer was first made available here.

“Mongozo is certified gluten free by the European Union. Lab tests we receive show it coming in consistently at well under 10 parts per million [i.e. under the Canadian Celiac Association recommendation of less than 20ppm ],” McClelland told me. “We have been selling Mongozo Premium Pilsener in Canada for several years without one complaint about gluten.”

Indeed, for my money, the decidedly pilsener-esque Mongozo was for quite some time (and possibly still is) the best-tasting gluten free beer option you can get in Ontario–but came with the disclaimer that it wasn’t 100% gluten free (I’ve read of folks who are sensitive to 10ppm gluten so this might be a deal breaker for some) and the obvious downside that you have to enter a Beer Store to buy this beer; which I try not to do on principle (FYI, Mongozo is also certified organic and fairtrade if that sort of shit floats your boat).

I wrote an article that ran in The Globe and Mail a couple days ago about what seems to me to be the best Canadian-made option for those seeking gluten free beer in Ontario: Montreal’s Glutenberg, who have been sort of trickling into the Ontario market by way Keep6Imports a few years ago, a failed crowdfunding campaign to get into the Beer Store in 2015, then with a smallish LCBO release, and now, finally with province-wide release thanks to Beau’s All Natural Brewery. (Coincidentally, Josh Rubin, the beer writer for the Toronto Star, also wrote an article about gluten free beer that ran a couple days before mine in which he too chose Glutenberg as his pick for GF options in Ontario).

Their beers are made from 100% gluten free ingredients like millet, buckwheat, quinoa, and, as cofounder David Cayer told me a while ago, “unique and innovative brewing techniques” to “develop and brew the best possible gluten-free beers.”

As I noted in my Globe article that announced their new distribution deal, the company makes about 20 different beers, but right now you can just find the Blonde in Ontario (you used to be able to get their Pale Ale and Red Ale at barVolo in Toronto when that bar’s owners were still importing Glutenberg products for them. I’m not sure if this is still the case…).

In 2012, the company swept the gluten-free beer category at the World Beer Cup in San Diego and since then their beers have been consistently outperforming other deglutenized or gluten free beers on Ratebeer and Beer Advocate.

“We make great beers that happen to be gluten free,” Cayer told me. “Even if the GF beer market was slowing down, we know that people would still buy our products.”

Frankly, I’d be much more interested in the other beers in Glutenberg’s lineup arriving here, but the Blonde is a decent “lagerish” beer and, as an opening salvo, probably the smart move from a business standpoint for a venture into widespread distribution. It seems you still gotta get those plain-Jane beer drinkers on board if you want to make any money in this province, whether you’re brewing with or without gluten. 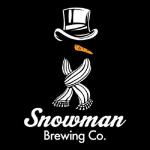 Finally, Ontario actually did have our very own, dedicated, gluten-free brewing company for a while. Founded by Kevin Snow and Hirsch Goodman, Snowman Brewing Co. was by all accounts making some nice gluten-free beer–in a variety of styles: their mainstay Top Hat Ale was a 4.7% English ale, but they also did one-offs for festivals, including Rambam Belgian Quad, a Belgian IPA, and even a few stout styles–alas that seems to have come to an end.

They were actually still brewing beer (out of Etobicoke’s Black Oak Brewery) up until a few months ago but they have recently ceased production because sales weren’t what they expected. I spoke to co-founder Hirsch Goodman via email earleir this week.

“[Ending production] wasn’t due to lack of demand for our product, we had LOTS of demand for our beer from the gluten free community, we just couldn’t get it into their hands,” he told me. “The problem was that we underestimated the need for good marketing and also distribution (being a contract brewer prohibited us from selling our product at the brewery, so we were restricted to selling directly to licensees). We also didn’t focus our marketing and sales effectively.”

Despite these setbacks, Goodman seems confident their beers will one day see the light of day again. “We are capable of producing almost any style of beer as a result of the process we developed to malt gluten free grains, which no one out there is able to do,” he says. The goal, he says is to some day put that process to work for an existing brewery that might be looking to add a gluten free brand to their lineup.

And THAT is pretty much where we’re at for gluten free beer options in Ontario right now. Of course, last week Australian scientists claimed they have developed the world’s first World Health Organization-approved gluten-free barley, so it seems like there is potential for the entire market to shift soon…Stay tuned.