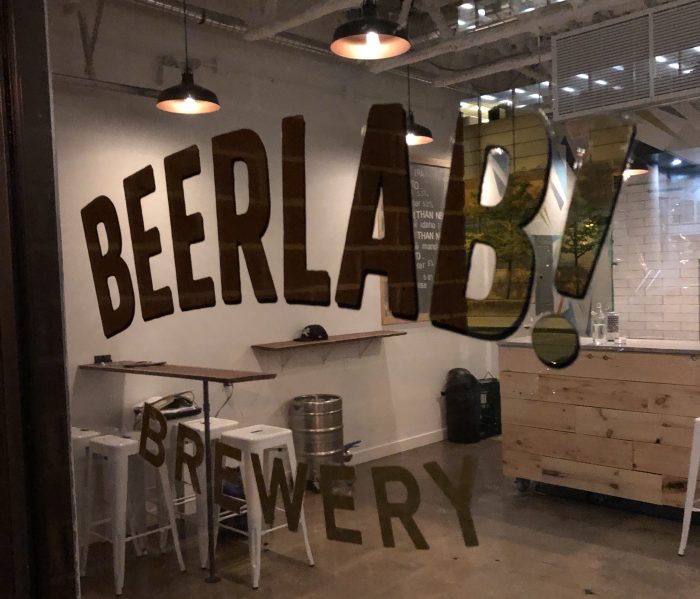 London beer’s worst kept secret is now out in the open.

Beerlab!, the small batch brewery owned and operated by Nick Baird and Adil Ahmad, is finally set to open its doors June 7th. Beer drinkers in London are, of course, likely already aware of both the duo and their fledgling brewery given that the location of the soon-to-open small batch venue is adjacent to Milos’ Craft Beer Emporium, and both Baird and Ahmad have spent time working (and drinking) at Milos.

For those who haven’t tipped pints, talked local music, or chatted beer with Nick or Adil (or hounded them endlessly about when they were going to open their fucking brewery so you could blog about it), the Coles notes version is this: these guys are super into brewing, have been working on opening their doors for a long time, and next week Londoners are going to get another cool spot to drink great beer made by passionate brewers.

Baird and Ahmad have been brewing together for years, having first met in the early 2000s. They circled or worked at some of the same London watering holes at the time — Chaucers, Chancy Smiths, the Alex P. Keaton — and discovered a shared interest in music and home brewing. Once they started making some good beers together, they were encouraged by one time Chaucers and Chancy Smiths general manager Milos Kral to pursue brewing more seriously and Beerlab! was born. The two of them purchased a 100 litre system together, on which they estimate they brewed roughly 15,000 litres of beer, and then for a short time they brewed beer using Forked River’s system. Throughout that time, virtually all the beer they brewed together was poured at London’s unofficial craft beer headquarters, Pub Milos, owned and operated by Kral, and so it’s rather fitting that when they finally found space to open their own brewery, it was literally right next door to the publican who nudged them along early on.

Fist things first: Beerlab! is small. The vibe is minimal by both design and necessity and the venue boasts a capacity of just 25 people with seating provided by live-edge planks-cum-tables that fold up into the wall so that there is more space for the days when the duo is brewing beer and needs to move equipment or supplies. In the summer, a glass garage door will open up most of the front of the venue and a small patio will provide capacity for 14 more patrons.

A simple bar adorns the centre of the venue while the brewing operation lines the south wall. The small batch brewery is comprised of “unitanks” capable of functioning as both fermenters and brites. Sparse design flourishes brighten the utilitarian space — notably the row of gorgeous blown-glass tap handles; a feature which I admit to having never seen before and which might be unique to Ontario. A large mural of geometric shapes, being painted by Pub Milos’ staffer Nick Farmer, is currently underway over the draft taps and in the short hallway to the washroom and is intended to grow larger and be a work in progress that Farmer can pick up or leave when he feels the urge and for which he was essentially given free reign. It’ll get finished when it gets finished and it’ll look like whatever it looks like.

After ceasing regular brewing nearly two and a half years ago to focus on planning and building the brewery, the duo is anxious to get back at it — and seem as ambitious and excited about beer as when they were pushing out brews on their little 100 litre system. 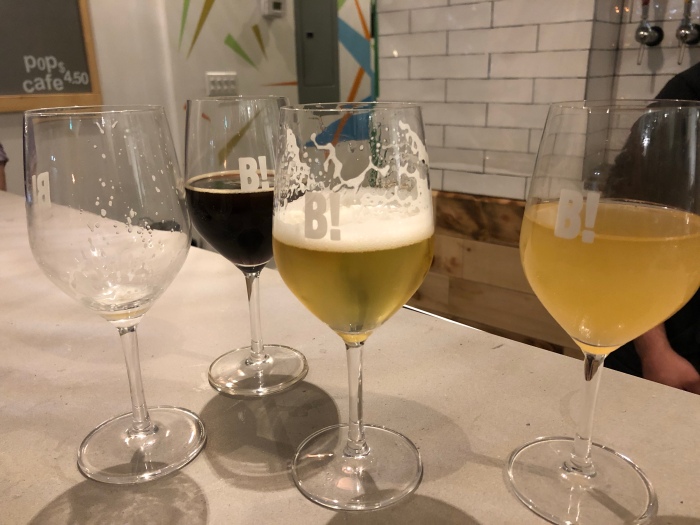 On tap when I visited a few days ago was an IPA, a saison, two porters, a farmhouse ale, and two beers made with kveik. Kveik, for the uninitiated, is a vigorous yeast strain from Norway, traditionally used by farmhouse brewers and often maintained for years living on things like linen and wood.  Because who wouldn’t, after a multi-year hiatus from brewing, testing a new system, and weeks from opening their doors, opt to brew farmhouse ale with a random wild yeast procured from Norway and passed down through generations? It’s a lab, after all.

True to their name, the duo is determined to toil, tweak, and experiment. There will be no flagships, no rhyme, no reason. If they feel like making a bunch of porters, for example, they will. They will also, however, strive to offer up simple approachable versions of styles which they’ll dub “intros.” I sipped an “intro to saison” made with pilsner malt and French and Belgian yeasts and an “intro to porter” that featured a perfect balance of roasted coffee notes and subtle cocoa. The kveiks, as it happens, are excellent. “Clearer than ever” was a beer made with kveik that featured awesome pineapple esters and a little white pepper. I don’t know if they’ll use linen, wood, or even a denim jacket, but here’s hoping they hang on to that Norwegian yeast strain.

I was actually surprised at the approachability of all their beers – my takeaway note for most of the effervescent, meringue-topped beers I tried was probably something along the lines of “delicate.” Nothing beat up my palate and I can’t imagine any beer I tried offending either the seasoned beer snob or the uninitiated. I am already looking forward to returning to sip some of these beers sitting on the patio on Talbot Street. Though the subtle offerings I sampled might just be what they felt like making when I happened to visit. Baird and Ahmad tell me that the crazy and funky sours I was expecting are coming. They have warehouse space elsewhere and are already planning their barrel program.

Food will be available — until it isn’t. Beerlab! will offer an allotment of the beer nuts, duck fat popcorn, and cheese plates prepared in Pub Milos’ shared kitchen and, when the food runs out for the night, the food runs out.

Packaged beer will also be sold on site in crowlers for $11.95 and $12.95 and while Baird and Ahmad were circling some proposed label designs when I visited, I’ll just say that they are opting for patterned designs and they are cool. You’ll have to visit yourself to see their final design choices.

If there’s one element of their plan that gives me pause, it’s that the space, despite its size, will all be serviced via just one POS system, so closing out your tab or ordering crowlers to go will likely mean exercising patience when they’re busy. Thankfully, these are the types of logistical issues that tend to get sorted out once a place opens, and London’s beer enthusiasts have been waiting for Beerlab! to open for some time, so what’s a few more minutes?

And of course, while they are unlikely to sell him beer now, their neighbour Milos is still very supportive of Beerlab!. Recently, in the eleventh hour, the City of London made the duo aware that they would actually need a second bathroom in order to have the 25 person capacity for which they had planned. And so with just a couple weeks until their proposed grand opening, they had to ask Kral if they might co-opt a chunk of space that was currently being used by their one time employer as his office. He readily acquiesced with the only caveat being, “please don’t get dust in my printer.” And so now part of Milos’ old office is a Beerlab! bathroom.

While Beerlab! officially opens June 7th, I wager that if you wander by this weekend you might find that the place has quietly opened its doors for a soft open.

4 thoughts on “London’s Beerlab! is finally ready to open”