In February of 2007 Labatt Brewery, owned by AB InBev, purchased Hamilton’s Lakeport Brewery for $201 million. In March of 2010 they announced that they would be closing the Hamilton facility and shifting production of all Lakeport brands to the London, Ontario Labatt’s facility.

This is, obviously, pretty old news but I had occasion to revisit it recently for a forthcoming article and thought it was worth sharing again for a couple reasons. First, there is probably many a craft beer fan who hasn’t actually been following beer news since 2010 and might not know the tale and second, it’s pretty remarkable to consider that 2010 moment in Hamilton’s beer scene given how far it has come since.

As Hamiltonians will remember, there was some uncertainty about what might happen at the Lakeport facility when its closure was announced, and Labatt did offer some incentives to future lessees of the brewery with one important caveat: Whoever took over the building next could not be a brewer. And so, when companies like Calgary-based Minhas Creek Brewing Company announced interest in the space, Labatt declined, allegedly shooting down a total of three beer company offers, including one from Rochester-based North American Breweries that would have saved all the jobs at the facility and likely even created more. Instead, Labatt opted to shutter the doors on the facility until the lease expired and they fired 143 people. END_OF_DOCUMENT_TOKEN_TO_BE_REPLACED

Apparently there was a sale on brewing equipment this month.

That seems to be the most valid explanation for the fact that a handful of Ontario breweries all opted to up their capacity and production capabilities this past couple weeks by adding a considerable amount of volume to their respective brewing operations.

Toronto’s Muddy York Brewing upped their capacity by 33% this week when they got in three new 7bbl (10hL) jacketed fermenters. Owner Jeff Manol tells me that this will give him the ability to lager things a bit more and do some bigger beers that can age (yay and yay). He hopes to have the new tanks in once they repaint their floors and finish the new glycol lines, and after that he says the company is set to build their taproom bar and hopefully have a tasting room open by June at the latest. Nice.

Left Field Brewery, also in Toronto, celebrated a fourth anniversary this month by not only coming to visit me (and other people) in London for an 11-tap takeover at Pub Milos, they also put in three 40bbl (40!)  fermenters and a 40bbl brite tank–upping their game from five fermenters and one brite. NICE. END_OF_DOCUMENT_TOKEN_TO_BE_REPLACED 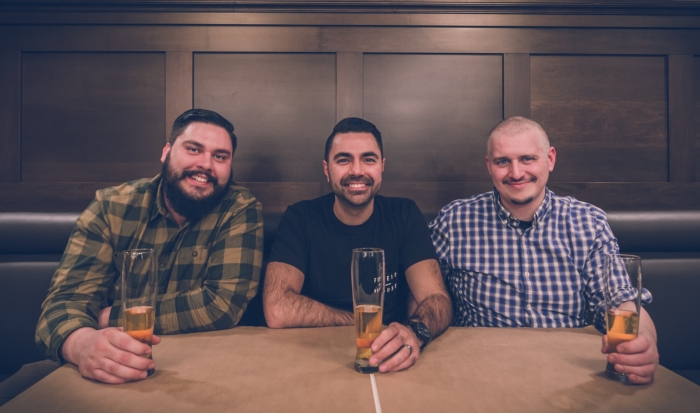 And now I have one more reason to be jealous. Yesterday it was announced that MERIT Brewing Company  would be opening its doors at 107 James St. North. END_OF_DOCUMENT_TOKEN_TO_BE_REPLACED