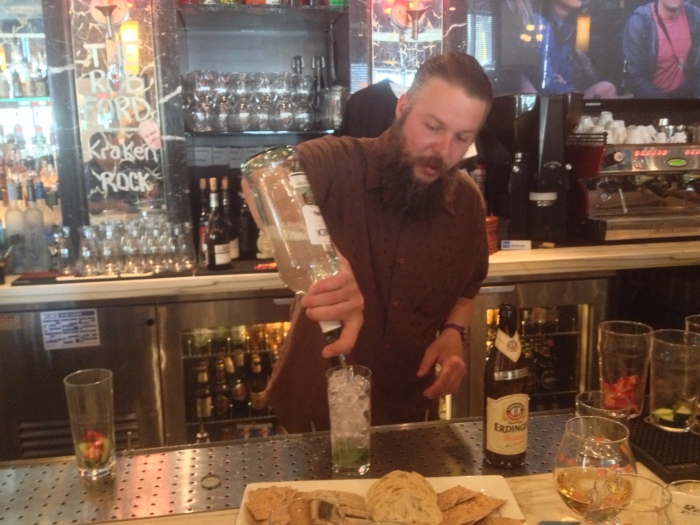 Beer cocktails are something with which I’ve always had a bit of a troubled relationship.

Presumably they’d be right up my alley given that I like both cocktails and beer, but when it comes to both those wondrous things, I’m something of a purist (a point I’ve touched on briefly once before). That is, I like cocktails of the old fashioned variety–both in name and in style–and when it comes to adding things to beer, I’m generally of the opinion that a good beer does just fine on its own thank you very much so put that fucking fruit down before I break your arm.

Accordingly, the concept of combining the two seemed to me like a surefire way to ruin two good things.

And so it was with some trepidation that I accepted an invitation recently to attend a showcase of beer cocktails hosted by Rob Montgomery, bartender at The Miller Tavern, wherein Rob would be unveiling the bar’s soon-to-debut-beer-cocktail menu incorporating beers from McClelland Premium Imports into his libations. END_OF_DOCUMENT_TOKEN_TO_BE_REPLACED