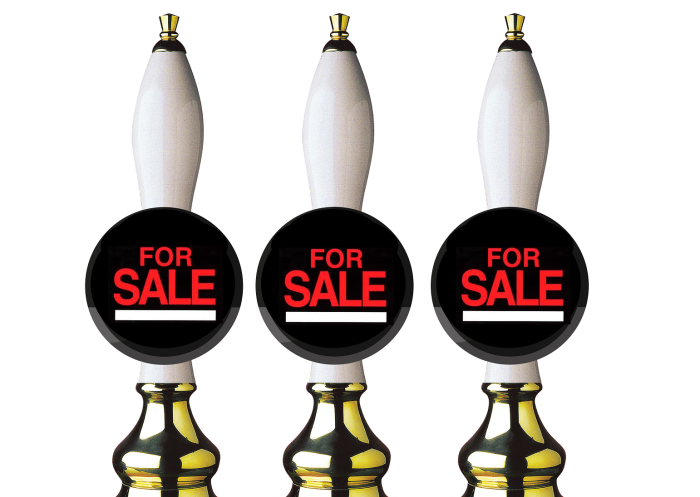 Please forgive me while I drag this dead horse out of the stable so that I might beat it once more, but did you know that the practice of purchasing draught lines in bars is illegal?

Obviously you do know that, because you read my blog and are therefore brilliant, well-informed about beer, socially conscious, and, one can assume, extremely attractive physically. But if for some reason you were out of town or asleep when I wrote about the subject for Torontoist back in January, allow me to sum up the issue in a single sentence: The practice of paying a licensed establishment or providing that establishment incentives in order to guarantee a brewery’s exclusivity in that licensed establishment is illegal under the province’s liquor legislation, and yet it still happens all the time.

And, as I discovered while writing that article and have confirmed in the time that’s passed since I wrote said article, bar owners and big breweries are typically wholly aware this practice is illegal, but, to put it bluntly, don’t give a shit.

Indeed, in the roughly half dozen establishments I’ve found myself  in recently that clearly have been bought out by big brewers, only one attempted to explain that the big brewer dominating their draught lines was a result of the bar owners’ tastes.

Yes, because I am a shit disturber, I actually make a point of speaking to someone about the issue whenever I see it and, as luck would have it, most bar owners or managers are happy to spout crazy bullshit about this exclusivity and all that bullshit ultimately all means the same thing: We were illegally bought out.

So here are some of my favourite things I’ve actually heard about why there is only one brand of beer being offered in a particular establishment or why one brewery is allowed to dominate an establishment’s tap tower:

“It’s a Molson house. They have strict jurisdiction.”
“We are kind of bound.”
“We have rules we have to follow.”
“We do have competitors here, you just have to find them.”

The first three are clearly just outright lies. As a bar owner, no one has “jurisdiction” of your fucking keg fridge regardless of how many patio umbrellas they buy you.

And while it is true that bar owners have “rules” they are “bound” to follow, those rules actually aren’t set by the brewery with the deepest pockets, those rules are actually called The Fucking Law, and you’re breaking it.

The last quote here is my favourite because it boils down to an admission to the fact that the person I spoke with is wholly aware that the law states they can’t just serve one brand of beer, but because the establishment was a big venue, they literally hid a small amount of another brand of beer somewhere on the premises in order to be in technical compliance with the law while still appeasing their big brewer overlords. What an excellent fuck you to the law that’s supposed to prevent big brewery monopolies!

And it’s not just inquisitive drunkard beer bloggers with whom bar owners are willing to be nonchalant. I continue to hear, for example, from brewers who have approached new bars only to hear the owners say, “Sorry, I already sold all my draught lines” as though it were the most natural thing in the world. I’ve  even heard of a case where a brewer offered to donate beer for a charitable event but was shot down because a brewery had demanded exclusivity at the event! A fucking charity event!

Anyway, aside from the fact that I’d heard a few laughable excuses recently, I’m not really sure why I’m trotting this issue out again (Shameless attempt at web traffic? Utter lack of originality? Quiet you!) other than the fact that it continues to irk me. It’s just that once you start to pay attention to it, you see it everywhere. You can’t look at a bar’s tap tower the same any more once you realize it’s all just so much ready-to-be-auctioned real estate, and when something disappears at your local and a new beer replaces it, you can’t help eyeing it suspiciously.

But what is there to be done? Should we start publicly outing bars and breweries that are breaking the law? That seems like a good solution but can you fault people when it’s simply the norm? The most annoying thing about this issue is that everybody does it simply because everybody does it. Yes, even your favourite breweries have probably purchased a tap line or two in their day. So who’s to blame? Sleazy beer sales people? Greedy bar owners? The toothless AGCO that won’t enforce the rules? Where do I point my rage, internet? Where?!