The Friday Four is a weekly feature where I mention some beers I either drank this week, am currently drinking, or am looking forward to drinking. 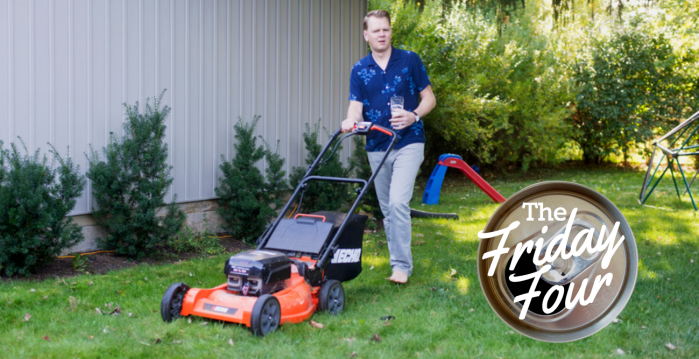 Somehow, during all the hullabaloo about the opening of the Disneyworld of Beer, aka Cowbell in Blyth, I missed the news that they created a lager and launched it on their opening weekend, dedicating it to “the hard working men and women who built the Blyth brewing facility.” Shindig Huron County Lager has apparently been available on tap at the brewery ever since and, a press release I received Wednesday tells me, has been so popular, the company has decided to make it their fourth canned beer.

Shindig is described as a “remarkably crisp, clean and refreshing beer” and will be available in 355ml cans at The Cowbell General Store and The Beer Store. Maybe it’s all the dark and boozy winter-appropriate offerings I’ve been into as of late, but a new lager in small cans (from a company that has thus far produced some solid offerings) sounds right up my alley this week. And just think of the extra sales they’ll see by confused consumers who think it’s a new Bellwoods beer. 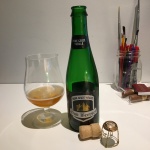 I became aware this was available here in Ontario because I follow Keep 6 Imports on instagram and did an LCBO online order (apparently these aren’t that hard to find if you live in TO, but, as people tend to forget, some folks actually don’t live in Toronto).

As it’s an Oude Geuze, this is a blend of one, two, and three year-old lambics, and is an effervescent, slightly fruity, subtly funky, tart lil’ beauty. There’s a touch of wood and some earthiness that grows as it warms. Is there such a thing as a “go-to” lambic? If  so, this would be a candidate. I bought ten of these. I wish I bought more. I’m drinking one right now. END_OF_DOCUMENT_TOKEN_TO_BE_REPLACED