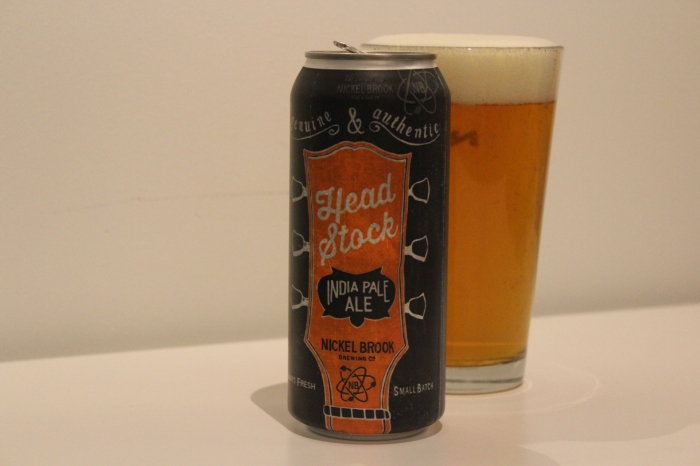 Nickel Brook’s Head Stock IPA is the best regularly available IPA in Ontario–and it is finally getting a better look.

If you’re like me, the first time you heard someone positively mention Head Stock, you probably said, “You mean that beer with the terrible 60s-themed can with a Stevie Ray Vaguhan stand-in silhouette?”

Yes. That’s the one.

Like you, and I assume many others, for a long time I dismissed this beer out of hand for its can–quite literally judging a book (beer) by its cover (can)–and assumed it was another iteration of the ubiquitous crystal-malt heavy “Ontario Pale Ale.”

I didn’t even bother trying it.

I was very, very wrong.

Head Stock is juicy and aromatic, with scents and flavours that are piney and citrusy with just the right amount of bitter in the finish. It’s a hop head’s dream and a loving tribute to Simcoe, Amarillo, Equinox, and Mosaic hops.  In short, it’s a perfect IPA and I’ve even heard my favourite bartender, Bar Hop’s Matt Bod, cite it as the reason people shouldn’t be all that excited about some of the other more famous American IPAs that are coming to the province soon: Ontario already has a badass IPA, thanks.

Thankfully, as of today, Head Stock now has a more appropriately bad ass can: the above-pictured, much more subdued, matte-finish, black and orange guitar graphic.

The beer has always been great, but hopefully this new can is a step toward getting it the attention it richly deserves and ideally turning a few more people on to the great beers being made these days at both Nickel Brook and Collective Arts by brewmaster Ryan Morrow, arguably the most underrated brewer in this province.

The new can ships to LCBOs tomorrow, so I’m barely even able to brag about having mine first.