In what might be an industry first, South River Ontario’s Highlander Brew Co has teamed up with Epitaph Records to create a beer with a label that is also a playable record.

The idea is that, if you peel off the label, you’ve got a record (Warning: Do not try to play the beer bottle before you peel it off. I ruined four turntables trying to).

The song from Plague Vendor, whose online bio touts their “voodoo punk” style, which is of course “a dance-fueled rock aesthetic tinged with shadowy darkness,” is decent, and if you’d like to check out the tune before you buy the beer, you can hear the track here. I personally prefer my darkness less shadowy but it is a nice tinge. 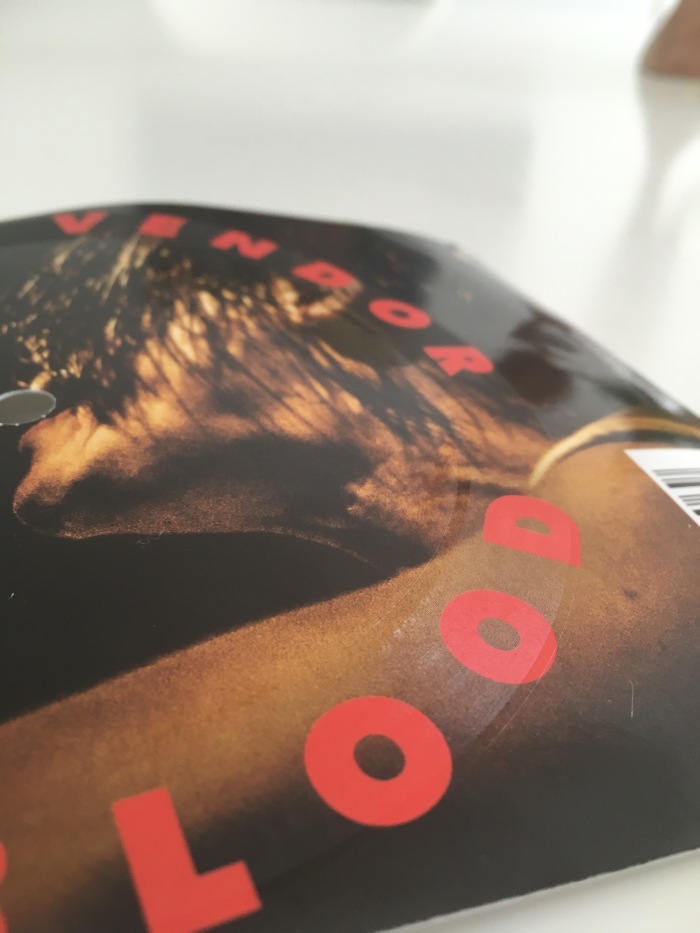 As for the beer, well, Highlander calls this “a summer pale ale with west coast inﬂuences,” and while to my mind that might suggest aromatic hops and juicy citrus with a low ABV, this beer really just tastes and feels like a strong blonde ale or a lager to me. It’s 5.4% ABV and is essentially just a relatively inoffensive beer with the most notable characteristic being its lasting bitter finish. It’s not a “summer pale ale,” but it’s not bad. It’s the kind of beer I imagine I’d drink if I was at a Plague Vendor concert.

The folks at Highlander were pretty excited to get this item to me, and while it’s taken me forever to review it (Sorry!), I’ll admit it is a pretty cool idea. I can’t say I love the music (you may very well, I’m not a music critic) or the beer (I am a beer critic…), but in an industry where brewers seem to be seeking any excuse for “buzz-worthy” collaborations, this innovation at the very least opens up some new potential avenues for interesting beer and music pairings.

So yes, it’s essentially gimmicky a item, but it’s $7.50 for a beer and a record. That’s pretty cool. It’s definitely the best album I’ve ever owned that came stuck to a beer bottle and is also the best beer I’ve ever had that has a playable record for a label. So they got that going for them. Which is nice.

Get yours for a limited time from The Beer Store and direct from Highlander Brew Co. while supplies last.

5 thoughts on “Introducing the beer that’s also a record”