infiltration
[in-fil-trey-shuh n]
noun
a method of attack in which small bodies of soldiers or individual soldiers penetrate the enemy’s line at weak or unguarded points in order to assemble behind the enemy position and attack it from the rear, harass enemy rear-area installations, etc. 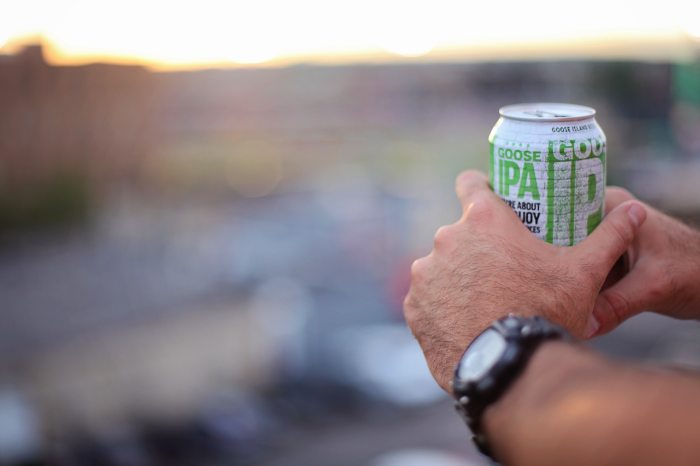 The week-long celebration of local beer was originally launched with no sponsor investment and a stated purpose of helping promote the city’s burgeoning craft beer movement.

Each consecutive year has seen TBW grow even larger in scale and, in the opinion of some grumbling beer nerds, become more and more marketing-focused in its attempts to attract evermore new participating bars and breweries.

In May of this year, Toronto Beer Week was acquired by St Joseph Media, the company that produces Toronto Life and Fashion magazine, and many of these same beer nerds wondered what this would mean in terms of the tone and direction of the nine day series of once craft-beer-focused events.

As the event week begins its ninth year today, it seems to me that we might have a clear indication that TBW has officially jumped the shark given that it now includes Goose Island Brew Pub among the list of participating breweries. END_OF_DOCUMENT_TOKEN_TO_BE_REPLACED

You’ll never understand it
Try to buy and brand it
I win, you lose, cause it’s my job
To keep craft beer elite.
This beverage ain’t your fuckin’ industry.

~Fat Mike, if he were a beer blogger, probably.

As it is with music, there is an important distinction in beer between what we might define as that which is indie and that which we might deem corporate.

Craft beer, you might say, is  something generally akin to your favourite band that’s still playing local clubs, manning their own merch tables, and banging out records on a small record label–or even no label at all. Much like craft breweries, indie bands maintain a devoted local following because they make a quality product and there is a perception that they do what they do because they love it and they’re not just in it for the money, man.

By the same token, we might readily compare big breweries to something along the lines of a boy band or the Spice Girls: a sort of fabricated version of the concept of a “band,” assembled by people with an understanding of the market and a unique ability to create a product that will have mass appeal. It’s often a profoundly successful “product,” but to those who are passionate about the scene, it’s a watered down, passionless version of what should be a good thing.

This is a simplified analogy for sure, but to me there are actually a lot of parallels between craft beer and independent music, the most notable of which is that rather icky feeling we all get when a treasured brewery or band suddenly becomes financially successful. END_OF_DOCUMENT_TOKEN_TO_BE_REPLACED