On Monday, Cool Brewery announced that they would become the second Ontario brewery to take up Premier Doug Ford’s “buck-a-beer challenge” and would attempt to make a one dollar beer.

If you’ve been paying attention to this story at all — and indeed it’s been fairly impossible not to — you’ll know that the response to buck-a-beer and the first brewery to take up the challenge, Barley Days Brewery in Prince Edward County, has been polarizing, to say the least.

As I first wrote a few hours after the announcement and as I repeated on CTV news and on a few local radio stations that day and the next, I think the whole thing is, at best, all rather silly. It was a fairly amusing political stunt with no real policy behind it, the Premier simply said, you can now make cheap beer and brewers could choose to if they wanted. Not a bad move for a politician, really. But as many brewers have pointed out as they too enjoyed an opportunity to do the rounds of media, it’s largely impossible to make a quality beverage, sell it for $1 and still turn any kind of profit. Doug Appledoorn of People’s Pint Collective had a succinct argument on CTV News, Mark Murphy of Left Field Brewery posted a dollars and cents argument on Facebook, Jason Fisher of Toronto’s Indie Alehouse, as is his wont, put things rather bluntly when he explained on Metro Morning that he couldn’t even make a profit selling one of his empty bottles for a dollar and many other breweries have taken up the call of myriad local media outlets looking for a soundbite. Fuelled by media who, perhaps rightly, have relished the chance to poke fun at the Premier, plus the fact that this is a story about the click-worthy subject of beer, and the fact that many a craft brewer is willing to talk about their passion for brewing beer with quality ingredients, buck-a-beer has really enjoyed a rather astonishingly-long media cycle.

Probably too long, really, given how meaningless it all is in the grand scheme of things.

And while I’ve tried to stop paying attention to the twitter-ramblings and politicizing of the buck-a-beer fallout, I can’t. It’s like a car wreck and I just can’t look away (of course when people are all up in your mentions because of a blog post you wrote, it’s even harder to look away). That said, I thought things might finally be dying down. In an aftermath that seemed to be 259-1 in terms of brewers opposed and brewers for the idea of buck a beer, it seemed that one side had probably finally won the argument, logic had prevailed, and maybe this would go away.

Frequently, when I write articles about the province’s retail alcohol industry (i.e. my slew of recent Beer Store rants), I receive supportive comments in response along the lines of “Hear, hear! The Beer Store and the LCBO need to go!” or “Yes! The time for TBS and LCBO is over,” and while I appreciate your support, I encourage you to read my articles in a little more detail, please.

I never said I wanted to dismantle or sell the LCBO and I think it would be insane to lobby for such a change.

In fact, I love the LCBO.

It’s probably one of my favourite stores and rivals only bookstores for its ability to consume far more of my time and money than I anticipated every time I walk into one. And, while I share some of your concerns related to the way the LCBO conducts its business, if you’re lobbying to get rid of the LCBO, you need to give your fucking head a shake. END_OF_DOCUMENT_TOKEN_TO_BE_REPLACED 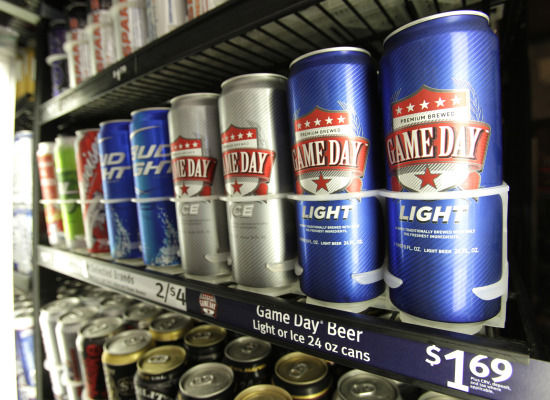 Clearly, I’m among those who feel that the province’s beverage alcohol retail system needs modernizing.

I think most would agree I’ve been pretty vocal on that subject in the past.

You’d think then, that I’d be on board with recent initiatives from the Ontario Convenience Stores Association (OCSA) to lobby the province to let them sell booze.

Well I’m definitely not. Booze in convenience stores is a dumb idea.

In fact, allowing convenience stores to sell alcohol will simply give us more of the same shitty system we already have, just in more locations. And more of the same isn’t better, it’s worse. END_OF_DOCUMENT_TOKEN_TO_BE_REPLACED