A version of this post first appeared in the pages of the December 2018 edition of Original Gravity magazine. 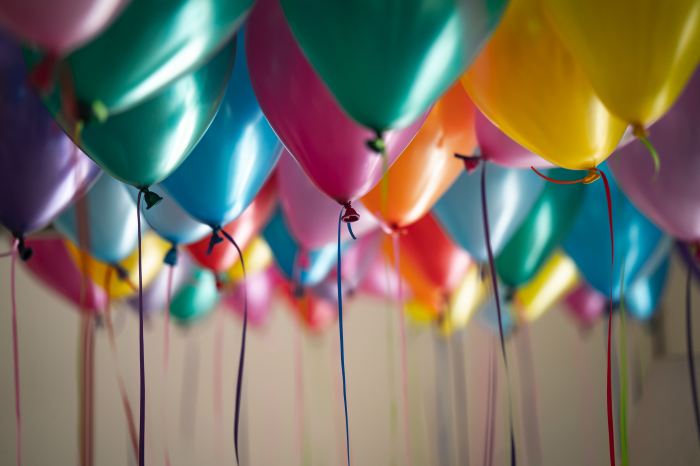 It’s a conundrum as old as breeding: The weekend arrives and all you want to do is drink beer, but you’re a parent, so you have responsibilities.

If, like me, you too have procreated, intentionally or otherwise, you will know the debate well. Saturday rolls around and you have to weigh the benefits of your child having an active and healthy social life against your own perfectly reasonably desire to do nothing more than spend the day casually sipping beer in your backyard.

I would argue, however, that the two options are not mutually exclusive: You can and should drink at functions geared to children.

I would even argue that one demands the other. Anyone having spent an afternoon in close proximity to a dozen children re-enacting Lord of the Flies can attest to not only the propriety but, indeed, the necessity of having alcohol on hand.

In fact, I feel fairly confident that drinking alcohol was likely invented by a parent facing a birthday party. I can picture the first Aztec, about to watch kids play pin-the-tail-on-the-sun-god and jumping around an inflatable bouncy pyramid, compelled to drink something he or she had let ferment in hopes it might take the edge off.

Of course, not everyone feels this way.

You will discover parents who share your perfectly civilized tendencies toward fermented beverages, and you’ll discover those who do not. This is, of course, how you decide which kids become your kid’s actual friends and which will remain mere acquaintances.

Yet there is nuance to the process. You cannot, for example, roll up to soccer practice with a keg in tow. Or, at least, so I am told.

Lisa Orr is one of Canada’s most recognized etiquette experts and the founder of Orr Etiquette. I reached out to see if she could help me navigate the decorum of showing up at a kids party with beer.

“In Canada we tend to have a very reserved view toward alcohol and its proximity to children,” she says. “So as a starting point you should be very cautious.”

Orr recommends letting your host take the lead. “If you are offered a cocktail at the event then you are welcome to enjoy one (or maybe two) as long as you feel you are able to retain your full parenting skills,” she notes. “Bringing your own booze gets a little more complicated. As a general rule it is a little gauche to bring drinks you plan to drink yourself unless your host is having a BYOB event.”

While I’d definitely agree with Orr on the tackiness of assuming your host will share whatever you brought, I’d suggest that, unlike a nice bottle of wine or upscale whiskey, handing another parent a cold six-pack at a kids party sends a clear message, namely, “I brought this for us.”

But you still need to bring the right beer. So here are the keys to pulling it off.

Quality: While your instincts may be to bring out the ‘good stuff,’ this is not the time for bourbon barrel stouts, lambics, and other rare goodies. The trick to bringing beer to a kids party is to get other people on board with drinking. It’s the difference between being the hero and the weirdo. This is a time for what you might refer to as ‘gateway’ beers: Jayden’s mom and Nevaeh’s dad are far more likely to join you in an approachable pilsner than they are to grab a snifter and sip a cucumber gose.

Potency: With respect to British milds, I would argue that semi-responsible parents are the real reason those ales and lagers known as session beers have recently achieved popularity. Session beers balance flavour with low alcohol, making them ideal parenting beers, so try to keep things under 5% alcohol. This way, if you end up having two of the beers you brought along, you’re still being responsible.

Utility: Kids parties are usually relegated to the backyard or playroom, and fridge space is often monopolized by hot dogs and carefully-decorated cakes, so you’re going to need to be self-sufficient. Don’t expect things like proper glassware. If you’re rearranging the fridge or asking for a properly-washed stange, you’re going to look like an asshole. Swallow your pride and come with pre-chilled beer you don’t mind tipping back right from the can. And take your empties with you; you’ll be remembered much more fondly if no one is tasked with cleaning your aftermath.

With these tips, you can easily manage combining your child having a social life with you getting to enjoy a beverage or two on the weekend. Executed correctly, the two of you will almost surely be invited back, and you might even end up meeting people you want to invite to your place, where ideally they’ll take your lead and bring along some beer.

3 thoughts on “How to drink at kids’ parties”