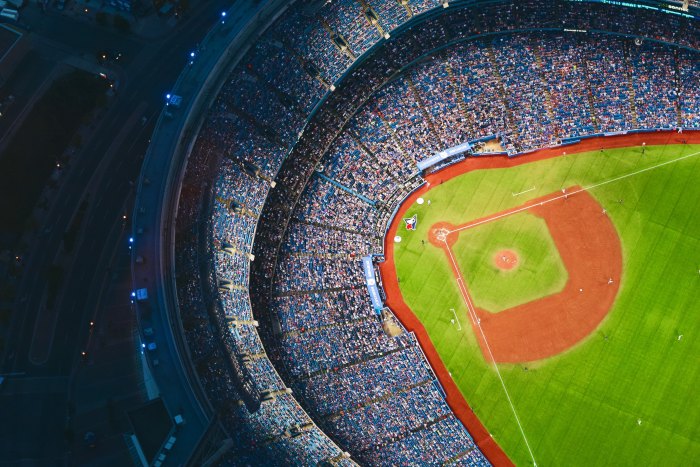 Today you offered up the idea of $5 beer at the Rogers Centre and, while that sounds great, and is already grabbing you the headlines you probably hoped it would, you don’t need to be a cynical basement-dwelling, impossibly handsome beer blogger to see what this transparent ploy really is. You have in the past given lip service “improving the fan experience” at Jays games and you even seemed to publicly flirt with the idea of bringing in craft beer, as they did in Cleveland when you were there. I fear that you will now use $5 dollar beer to show that “you listened” and will claim the beer has improved. Reports are that the $5 beer will include 355ml cans of Bud and Bud Light so I wanted to clarify to you that selling the same shit at a lower price point in a smaller format is not actually an improvement. Indeed, it seems to me this might be the solution that Rogers and AB InBev came up with together to “improve” the beer situation at games in hopes that the conversation would go away:

I want to let you know that this conversation isn’t going to go away. (For the record though, I’m loving the dollar hot dog days. Definitely do that shit, please).

And it isn’t just me that wants this, I assure you.

Actual craft beer at Jays’ game would go a long way toward improving the fan experience to a level that is currently experienced literally everywhere else in baseball: The Toronto Blue Jays are the only team in major league baseball who have yet to offer fans a significant, readily available craft beer experience.

When it comes to this part of the overall product for which you are ultimately responsible for, you are literally losing to all 29 of your competitors—but not to worry. This part is an easy fix. Forget for a second the unceasing competition to find the right mix of players on the field, coaches in the clubhouse, salary caps, your pitching woes, scouting, etc. Here is a thing you can do better, right now, that will improve the Blue Jays “product.” Give us better fucking beer. END_OF_DOCUMENT_TOKEN_TO_BE_REPLACED

Following the news that the company had been purchased last week by Labatt, Mill Street announced last night via twitter that their beer would now be available to purchase at the Rogers Centre.

Given that Mill Street is now technically owned by the largest beer company in the world, AB InBev, this isn’t really the “craft-beer-at-ball-games” news that many Toronto baseball fans have been hoping for ever since Steam Whistle was unceremoniously given the boot last March; however, it does mean that there is a finally a “Toronto brewery’s” beer for sale at The Rogers Centre.

The Toronto Blue Jays are the only team in Major League baseball that doesn’t offer local beer at their baseball games.

The Toronto Blue Jays organization apparently doesn’t give a shit about these people. Instead, they are happy to award exclusivity to the foreign-owned entity that was willing to cough up the biggest chunk of dough for the right to be the only beer sold at the Rogers Centre (if you’re still not sure who exactly I’m talking about, look no further than that glaring Budweiser logo that adorns most of the Toronto Blue Jays’ left field).

There was of course a glimmer of hope recently in March of 2013 when I broke the news that Steamwhistle–the folks making baseball-ready pilsner literally across the street from the Jays–would finally be allowed to sell their beer at the Rogers Centre.

Of course, being able to drink Toronto beer at a Toronto baseball game was short lived and almost exactly one year later, conceivably because the folks at AB InBev had had enough “competition,” I was breaking the news that the Good Beer Folks had been unceremoniously given the boot.

There’s been some rumbling in the interim–notably a petition created by Phil Cacace, the owner of the great Toronto bar, Tall Boys, some scant media coverage, and at least one perennially-irascible Toronto beer writer who has made a point of raising the issue on twitter every once and a while but, for the most part, we’re all pretty much resigned to accepting watery lager to drink while we take in live games of Toronto’s generally watered-down version of professional baseball. END_OF_DOCUMENT_TOKEN_TO_BE_REPLACED