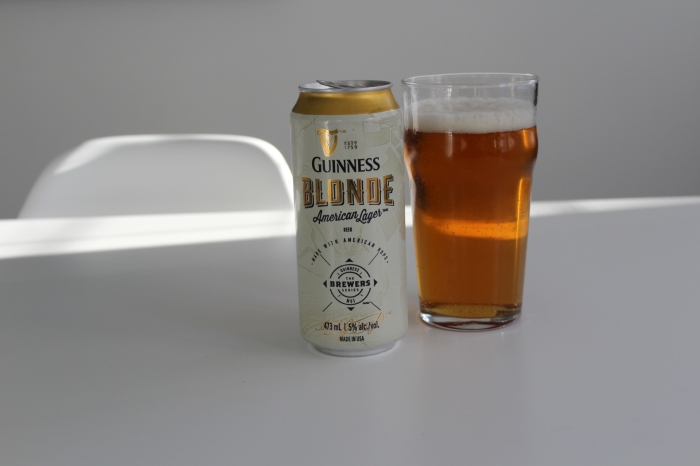 With a lineage that dates back to the 1770s, Guinness is probably one of few virtually universally known beers—mention dark beer to the uninitiated and they’ll likely say “Like a Guinness?”—and its longevity is owed in no small part to the fact that it’s a profoundly drinkable beer. It has never been so strange as to scare off mainstream beer drinkers, and has always seemed to have a ubiquitous presence in the types of bars where fans of real beer might be forced to order it because it is the thing on tap that sucks the least.

Which is really a weird and roundabout way of saying Guinness is good.

Sadly, in an increasingly marketing-dominated industry, even Guinness, with the international powerhouse marketing dollars of Diageo behind it, has begun to experience declining sales numbers. Indeed, aside from a slight rise in sales in Ireland between 2009 and 2013 thanks to a huge marketing push that even included inventing a holiday, Guinness sales are sinking. According to the Economist

in 2014 Diageo lost eight times as many sales of Guinness in Britain as it gained in Ireland (see chart). Americans are also downing far fewer pints of Guinness, though the drop is at a slower pace than across the Atlantic.

And so seemingly in an attempt to stem the tide of sinking numbers on this side of the pond, Guinness has just launched Guinness Blonde American Lager here in Canada (it has already been available in the US for a couple years).

I was invited to the Toronto launch of the brand and was provided with some cans to sample and, ultimately, the whole thing has just made me a little sad.

I’m sad Guinness felt the need to make this beer, you know?

It’s sad that this storied brand, that has hung around for so long largely because its flagship stout is a not-at-all-bad-beer, feels the need to make something with broader appeal. You’re Guinness, man. Make Guinness.

But sure, I guess I can appreciate the need to diversify in an increasingly innovative marketplace. Innovate or die, as they say. I get that. What I don’t get is that, now that Guinness suddenly feels the need diversify their product lineup to attract new beer drinkers, why have they opted to do so in such a shitty and ill-informed way?

That is, it is sad to me that somehow, somewhere, someone decided that the best bet for Guinness to open new doors for the brand was to market a lager—the beer category that has arguably been the most saturated since roughly the middle of this century. Really? You need to compete with changing tastes so you market…a lager?

And you haven’t even really marketed it all that well!

I mean, if you’re going to be a lager, be a fucking lager. Miller Lite is currently dominating ad spaces with a juggernaut of a campaign that has seen them pop up during all manner of sporting event including every Monday Night Football game, all the post-season baseball games, and even in blatant product placements in dude shows like FX’s The League. In other words, Miller Lite’s marketing team clearly understands what Miller Lite is and are going after the dude-bros right where they live: This is an easy to drink, light lager. Smash some with your bros while you watch sports. #fistbump

Sure, it’s water, but it’s water that’s being marketed to an appropriate target audience.

On the other hand, there’s the marketing for Guinness Blonde (which isn’t really a blonde, but presumably blonde sounds more…I don’t know…exotic?), which seems to be trying to have it both ways. The campaign is clearly directed at people who drink craft beer and the press release even name-drops the Mosaic, Willamette, and Mount Hood hops made to brew it (“in the famed American brewing city of Latrobe, Pennsylvania” no less). There’s even this telling snippet from the press release I received: “Guinness® Blonde™ American Lager brings the taste, colour and character of great American beers and fuses them with the heritage and artistry of the Guinness tradition begun in 1759 by Arthur Guinness.”

First of all, it doesn’t actually do that (because what the fuck does it even mean to fuse heritage, artistry, colour and taste?), and second of all, even attempting such a fusion is a pointless exercise. People who like the taste, colour, and character of American lagers aren’t typically interested in beers with heritage and artistry and tradition. This is a clear attempt at trying to appeal to two vastly disparate markets and failing to reach both. It’s like trying to make a lynx breed with a shark just because they’re both cool. And like the blood bath that would surely result in an attempt at the world’s first shynx, this too has failed miserably.

The aroma of the beer is all fruity esters with a suggestion of damp asshole and the taste is slightly malty fruit with some astringency and maybe a touch of straw. There’s nothing to write home about here. I mean it isn’t a terrible beer, but it isn’t good. Which is just one of the reasons I imagine it won’t last long. People who want an American lager aren’t going to pick up a $2.55 tall can of Guinness on their way to Sully’s house to watch the Dolphins’ game and craft beer fans are savvy enough not to be fooled by marketing simply because it uses the word “artistry” and confesses to having used actual hops in the making of said beer. In the unlikely event that either of them does pick one up by chance, the taste isn’t going to be enough to bring either group back for more.