It is illegal for breweries to offer keg deals, cash, or other financial incentives to bars in exchange for selling their products.

Yes, I’ve written about this more than a few times over the last five years (including once again for my upcoming column in the fantastic quarterly publication The Growler. Catch the latest issue on newsstands soon!), but in case you need a refresher, here’s Regulation 720 from Ontario’s Liquor Licence Act:

Well guess what? It is also illegal for bars to ask breweries for keg deals, cash, or other financial incentives in exchange for selling their products. And now you can snitch on them.

Because I have written about this rampant practice a few times and because there aren’t many other avenues to have these conversations, a few years ago I started to receive emails from frustrated breweries across the province. Mostly, brewers would forward me the blatant requests for free shit that they get from bar owners and front of house managers on a virtually daily basis. The tone has always been “Here’s another one!” but the subtext to me was always “What the hell can we do about this?”  END_OF_DOCUMENT_TOKEN_TO_BE_REPLACED

The Beer Store is a private corporation owned by three of the world’s largest brewing companies: Anheuser-Busch InBev SA/NV, Molson-Coors, and Sapporo.

This is a fact about which, it seemed, people used to care.

That time, to be exact, was 2013. Ragey beer writing had something of a moment and bloggers and traditional journalists alike seemed to set their collective sights on the worst kept secret in beer: The Beer Store is the only third party allowed to open privately owned retail beer stores in Ontario.  It was a time when Martin Regg Cohn of the Toronto Star was largely leading the non-beer-nerd charge and felt emboldened enough to write Toronto Star-ific ledes like the delicious: “The Beer Store is Ontario’s longest-running public disgrace and economic blight.” Oh Marty.

One of the main beefs the long lost people of 2013 seemed to have, in addition to anger about the fact that three of the biggest beer companies in the world were handed a virtual monopoly on retail beer sales in the province, was that the shopping experience at these stores really sucked. Indeed, the Beer Store, with its Ice Cold Express, list of top ten sellers, and hidden inventory, seems uniquely designed to continue allowing the big brewers who own the place to continue to sell more of their own product because there really isn’t any option for browsing. You can’t chuck an empty OV bottle at a stack of articles about the Beer Store without hitting a reference to the archaic conveyor belt system, the mysterious wall of labels, or the general communist-era vibes of Ontario’s beer retailer of choice.

And so, when the public sentiment culminated in a fine frothy rage that actually emboldened the province to do something about our retail beer fiasco, it included stipulations that The Beer Store would need to improve its customer experience. In 2015 the province released the “Master Framework Agreement” between the entities that own the Beer Store and the province and, in addition to the much-publicized introduction of beer in grocery stores, that agreement laid out details for The Beer Store updating their facilities; specifically, Section 6.1 of the 2015 framework agreement, entitled “Customer Experience” dictates that “The Corporation shall improve the customer experience across its retail network, including by converting stores to more modern retailing formats such as self-serve, open concept formats, and shall ensure that all newly built stores shall have self-serve, open concept formats.” They even put a specific number of the expense of upgrades: “The Corporation shall spend at least $100,000,000 from 2015 through 2018 on capital expenditures (not less than $80,000,000 of which shall be in respect of retail stores), which may be funded through the sale of existing assets of the Corporation.”

Well, a cursory glance at the ol’ calendar suggests that, hey, it’s been 2018 for a few months now. END_OF_DOCUMENT_TOKEN_TO_BE_REPLACED 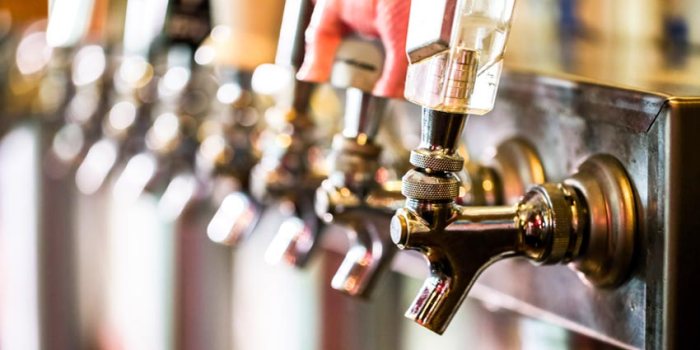 Breweries providing cash and incentives in exchange for exclusivity in bars and pubs is an ingrained part of the beer industry.

I’ve written about this a few times over the years (most recently last week for my bi-weekly column Full Pour in the Metroland Media publication Our London). If you’re new to this issue (or my impotent ranting on the subject), the TL;DR version is this: if you’re sitting in a bar that has dedicated all of its draught lines to one particular brewery or are sitting in a pub that seems to be decorated entirely in swag from one particular company, you can virtually guarantee that cash and / or incentives were provided to that bar in exchange for space on that draught lineup.

The kicker here, of course, is that this entire practice is technically illegal per Ontario’s liquor licence act, specifically Regulation 720:

Again, this isn’t new ground and is something I’ve been talking about since roughly January of 2013 when I wrote the post, In Toronto Pubs, Breweries Battle for Beer Taps With Persuasion and Cash, for the website Torontoist.

In the roughly four years since I wrote that post, nothing has changed about the prevalence of the practice except that, for the first time in my beer writing career, I’ve learned two fairly interesting things about penalties for inducements:

END_OF_DOCUMENT_TOKEN_TO_BE_REPLACED 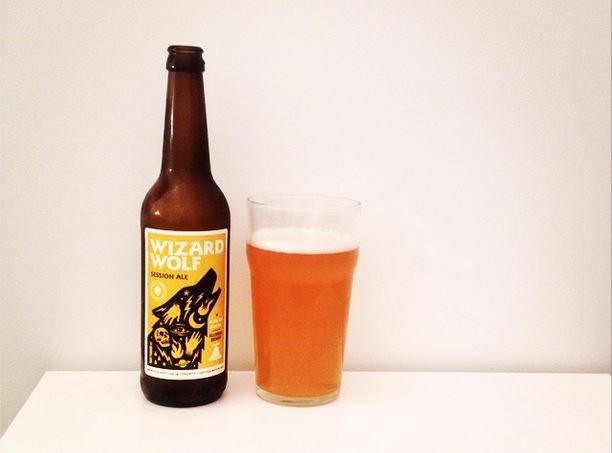 A couple weeks ago Toronto’s Bellwoods Brewery officially announced their intention to open a second brewery on the corner of Dovercourt and Dupont. I likewise provided further details in my signature “hey-I-already-knew-about-it-because-I’m-cooler-than-you” style in a post for blogTO and the response on the interwebs was nothing short of ecstatic as twitter exploded with well-wishes and excitement about a new place for craft beer fans to get Bellwoods’ delicious beer (even the goddamn blogTO comments section was all positivity for once).

The news is clearly awesome, but there’s a bad news element to the situation that I opted to leave out of my original article in order to help ensure that the Bellwoods folks received only much-deserved optimism and happiness about their expansion. Well, the time for happiness has passed and, as is often the case when it comes to the brewing industry in Ontario, the time for rage is upon us.

The new space might not be allowed to have a retail store. END_OF_DOCUMENT_TOKEN_TO_BE_REPLACED

If you follow me on twitter, first of all sorry, and second of all, you know I’ve been heavily promoting my own petition to allow alcoholic beverages in city parks.

And while I’m sure it’s a little obnoxious to have me spamming up your twitter feed, it seems to be working. Crazily, the petition I started over my lunch hour has amassed 2600 signatures in under 48 hours (and climbing–every time I refresh there’s a handful more).

My intention is still to approach city officials first (something I’ve already done, although my own city councilor Joe Mihevc and the councilor for Ward 19 Trinity Spadina, Mike Layton, have not yet returned my emails), although it seems like the issue might be one that needs to be addressed by the province as yet another item under the AGCO that needs revision. Regardless, I’m dedicated to figuring out who I need to talk to and how many signatures I’ll need in order for them to listen, so I’m going to keep at it (apologies in advance to the twitterverse).

However, it’s troubling that so much of the conversation on this issue–on twitter, on comment boards–seems to be couched in an “us vs. them” mentality. Those who seem to oppose drinking in the park seem pretty quick to characterize those in favour of it as “a bunch of hipsters” and their arguments seem to be that those who drink in the park are messy, loud, and disrespectful and are prone to pissing on the nearest tree. This is troubling for a number of reasons. First, with so many reasons to dislike hipsters (see: ironic racket sports, mustache wax), it seems silly to choose their enjoyment of sunshine and adult beverages as a reason to disparage them. END_OF_DOCUMENT_TOKEN_TO_BE_REPLACED

Today a post I wrote went up on blogTO announcing the release of a single malt whisky distilled by Ontario’s first micro-distillery, Still Waters. My previous conversations with Barry Stein and Barry Bernstein about their booze have been enlightening–prompting me to write about the fact that most “Canadian” whiskies aren’t really Canadian at all and then later, based on my new understanding of Canada’s booze laws, I wrote about a whisky on Ontario’s shelves that seemed to be in defiance of those laws.

As with these previous conversations with the Barrys, my recent correspondence with them about their impending release likewise proved enlightening, unveiling yet another way that our province’s liquor laws are hurting Ontario businesses. Specifically, it was revealing that Barry informed me that a majority of their whisky–made just north of the Big Smoke in Concord Ontario–is destined for out of province sales elsewhere in the country, north of the border and even overseas. END_OF_DOCUMENT_TOKEN_TO_BE_REPLACED